My latest acquisition, Takara Transformers Masterpiece Ironhide. A beautiful homage to the animation, yet still has many elements faithful to the old toy. The old Nissan vanette never looked better. Usually with "vanformers" the van is a brutal hodgepodge of panels. This guy manages to stay fairly cohesive and not break up the look of the van too badly compared to other versions of Ironhide. 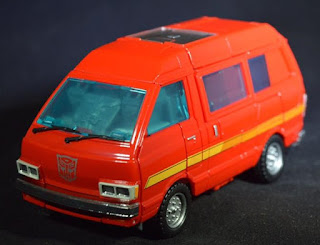 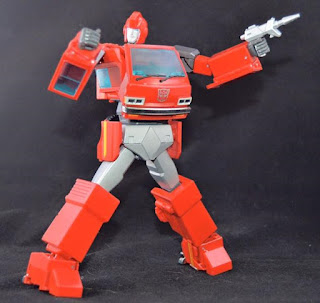 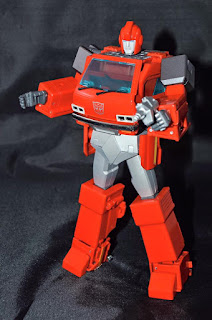 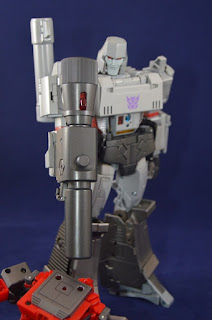 Transformed, he's got limited mobility due to his sizable gut, hip holsters, and relatively short arms, but make no mistake, Ironhide isn't ready for a nice, comfy office job - he's ready to fight!

He comes with his G1 sled and a host of weapons, jet pack, hand nozzles, and two vacuum dirt devil hands (not pictured) but his main impressive feature is his size. He's huge, for an official release!
He's about the same size as Starscream, but nowhere near as flimsy. With messing about to take pics, my only "issues" were the guns not wanting to tab in without force into the hands, and the forearms kept un clicking. Otherwise another solid release!  My biggest cosmetic gripe? No, not the hip holsters/kibble... But his orangutan-like hands. Opened, the palms are insanely elongated and it looks horrible. Hopefully, a 3rd party group will make more articulated hands
. 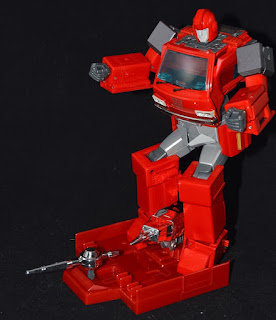 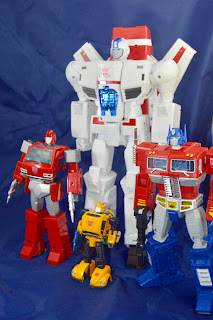 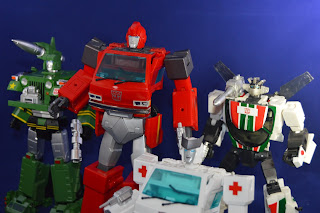 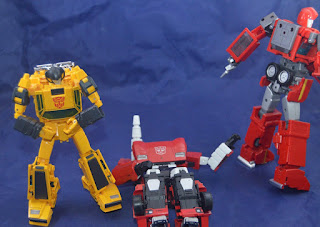