Cover your receptors... Let's get this party started! 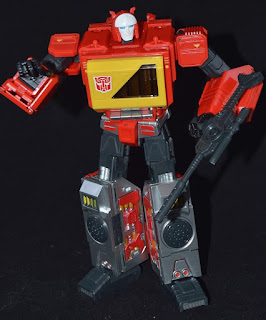 Few Autobots are a one-bot party, but KFC Transistor, aka Masterpiece Blaster, is the Autobot's loud communications specialist answer to the Decepticon spy, Soundwave. This is the non-metallic, "pure red" version. A lot of small panels and tons of fidgeting, Blaster transforms into a "ghetto blaster" style boombox (that's an 80's thing, for you whippersnappers). 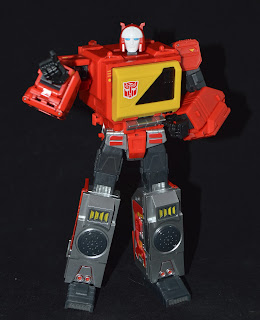 As a robot, Blaster scales well with Soundwave, and other mp figures. His chest compartment stores several minions, but he only comes with one. Tons of posability, he can strike different dance poses as well as a nice mule kick at a panther. 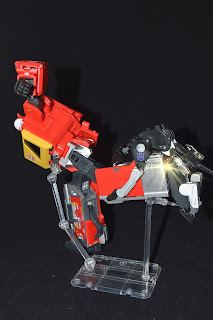 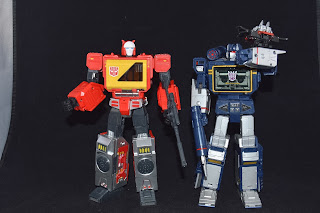 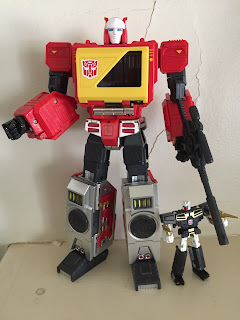 His minion bot, while small, packs a ton of detail. 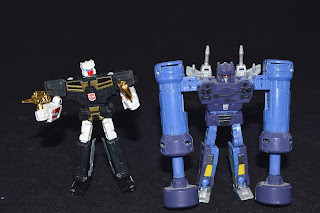 Blaster comes with two guns, speaker hands, alternate heads for both figures, and a comic book!