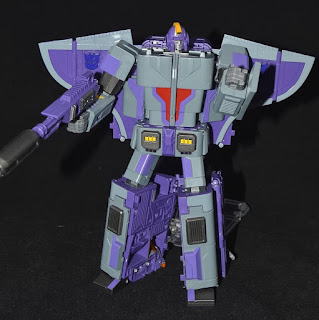 Fancy Cell Transportation Captain is a longwinded way of saying Astrotrain. While there are other, larger versions that scale better, the Fancy Cell version looks closest to the animation model. This guy fits the MP look, and while not brain surgery to transform, still requires care, because the plastic is very thin, and reminds me of KFC/XTB quality. As a rocket-powered train, Astrotrain really looks solid compared to other options. Tons of detail in the train wheel mechanisms, and just feels the most solid of the three modes. 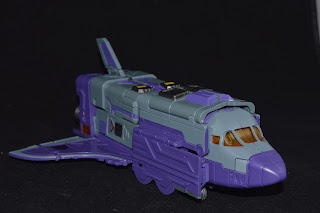 Flip him over and flip out a few parts... A space shuttle! Not stellar, but not bad. Working bay doors, nice detail, and a funky cockpit design.
Robot mode looks fantastic. Wide and thick, Astrotrain looks like a stupid thug, waiting for orders from a despot. Somewhat limited articulation in the arms, you won't get many dramatic poses. Scale wise, he doesn't quite fit the Holy Scale Chart that may annoy the purists, but he's close enough for my likes, and the look superscedes the shortness. 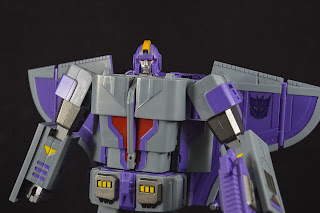 He comes with a ton of cool accessories, but most are useless. A satellite molded like the sky spy
from G1, some energon cubes, and a mobile artillery station that transforms into a coal cart. 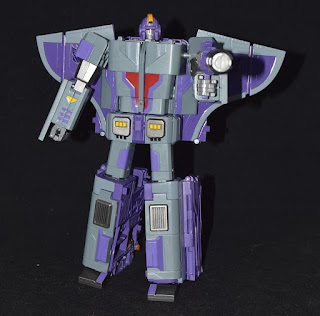 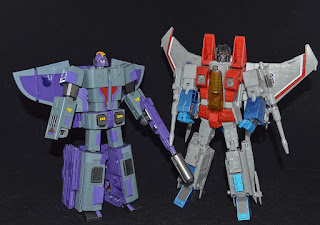 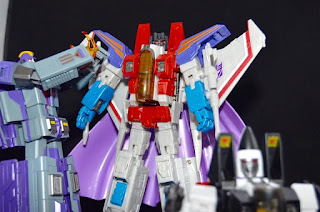