Warfare is their specialty! Wukong Combaticons

Waaaaaaay back in 1985/1986, Starscream was too big for his airframe-britches and created the Combaticons by raiding a Decepticon Spark Prison and installing those renegade Decepticon sparks into the rusted frames of quasi-Vietnam-era war vehicles abandoned in the jungle. The resulting Combaticons were then born, free to cause havoc individually, or as their combined form: Bruticus.

Warbotron, a new third party company, created their version of the Combaticons, which in turn were KO'd by Wukong! After a year of delays, 4 of the 5 Combaticons have been released. Onslaught, the leader, is roughly planned for May, but realistically expected in either June or July.

As with other light-piping figures, these guys have been modified by me to remove that feature.

Brawl: Beautifully sculpted figure, he's got the least articulation of the group. An odd choice of shoulder joints severely limits movement. Tank turret loosely pegs in, so don't try posing him anywhere you wouldn't want the torrent to fall. Comes with a load of clear weapons.
On mine, I used Testors maroon enamel paint on the mouth plate for a more G1 accurate look.

Swindle: Humvee mode looks great, robot mode even better. One of the most emotive of transforming toys, Swindle is grinning with mischief. Known as a Decepticon who would sell his own mother for spare parts if he had one, Swindle oozes with personality. Huge step up in quality from Brawl.

Vortex: A stark contrast to his G1 design, Vortex is an attack chopper with a lethal penchant for blades. Design looks great in hand, and has very little blemishes compared to the others. Removing the head for painting was atrociously hard, but the end was worth it.

Blastoff: A military space shuttle, Blastoff has a few issues. Tons of tiny imperfections riddle almost every part of him. If you have seen TRU Mp Starscream, you got the idea. Sculpt-wise he's my least favorite, but he's still a great addition to the Decepticon forces.

Onslaught: Slightly lighter than Warbotron's original version, this guy looks bulky and intimidating. A little floppy, but my favorite of the group because he's armed to the teeth... errr... faceplate. 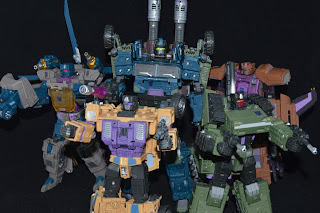 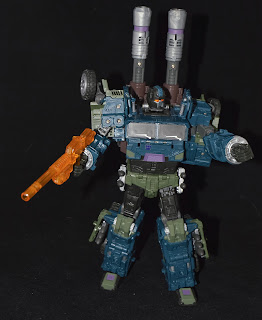 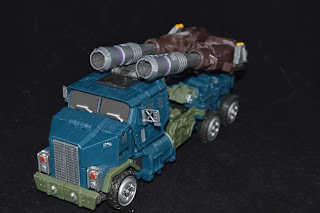 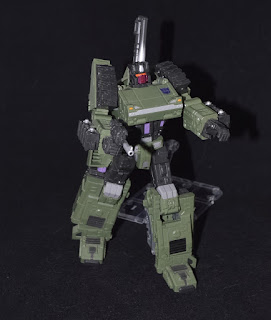 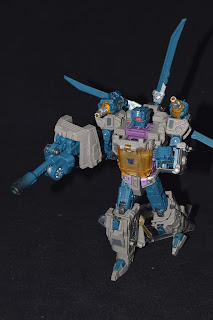 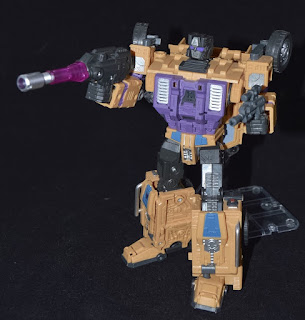 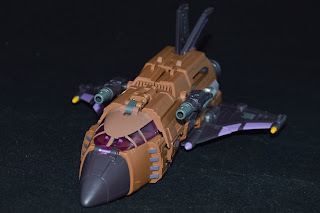 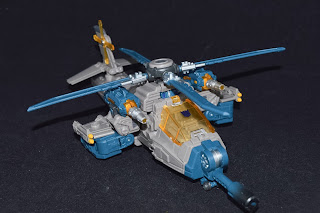