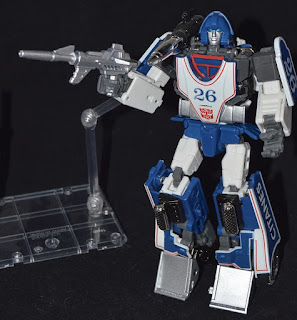 These guys are absolutely fantastic figures. Race car mode is spot-on. Robot mode looks like a wonderful blend of G1 cartoon and toy. The Blue version is Mirage from the cartoon. The Red is based on a Japanese-only series that was precursor to the Transformers. As a kid, I had the red version a few months before Transformers were created by Hasbro, having found him at a swap meet. When the Hasbro versions were released, my red one became a Decepticon ninja assassin, using his invisibility powers to sow chaos in the Autobot ranks. Purely by coincidence, MMC uses a similar story for their Liger.
This mold has fantastic articulation, holds a variety of dynamic poses, and just looks stunning! Either color scheme is a fantastic addition to any collection. 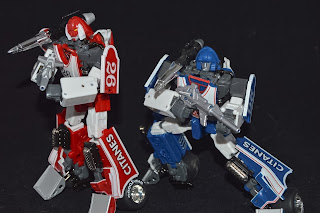 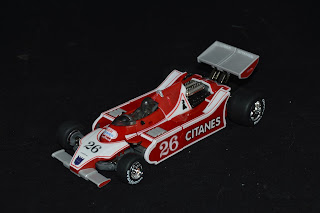 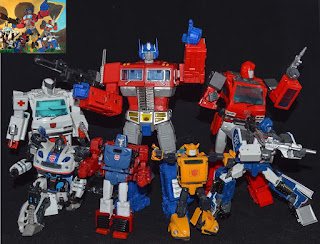