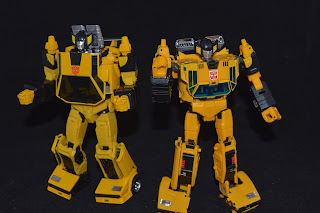 My favorite of the Autobot cars as a child, Sunstreaker was the epitome of style and arrogant bravado. I had my 1984 Sunstreaker until 2010, with original stickers and only missing one silver missile! Needless to say, a masterpiece Sunstreaker was sorely missing for a few years. Now, there are two options (so far) from two companies: Badcube Sunsurge and Omnigonix Spinout. 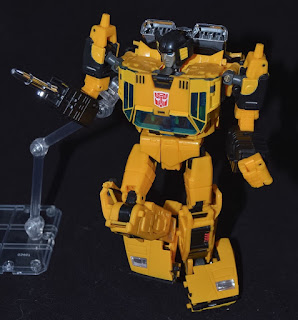 Badcube's take on Sunstreaker is strongly influenced by the cartoon. Quality and build-wise, he is fantastic, however getting from one mode to the other is a "panel tucking nightmare" (hmmm... That could be dubbed for a swear word in the next Die Hard movie on tbs!).

Pluses: Very posable, and great articulation. Cartoon influence from the front is unmistakable. Build quality is excellent.
Minuses: kibble panel backpack, odd proportions, and face sculpt, while good, is not quite right. 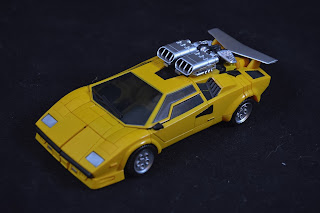 Omnigonix Spinout is the polar opposite of Badcube's. Very G1 toy influenced, this guy is great for anyone who prefers the more robust look that matches better with earlier official Masterpieces like mp12. Quality and build is a roll of the dice. Mine has few cosmetic blemishes, but is otherwise fairly solidly built. Plastic and build feel very similar to X-Transbots like Boost/Windcharger. There are several reports on forums and YouTube of specimens that fall apart within seconds of opening the box. Transformation on Spinout is fairly straightforward and simple. 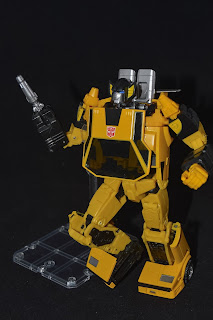 Pluses: beautiful design, and a transformation that gives winks to the G1 toy throughout.

Minuses: Quality control is hit or miss. Mine is fine, but others have reported tons of breakages. Your mileage may vary. 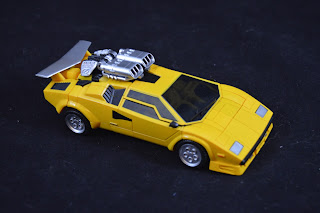 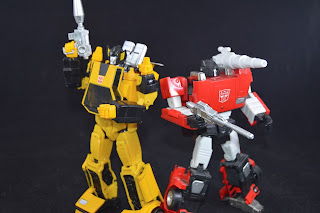 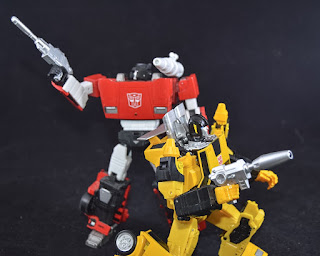 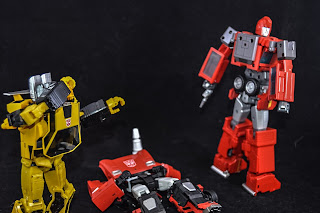 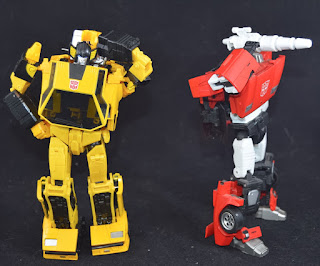 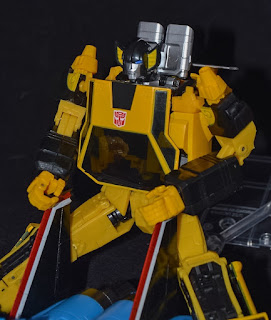 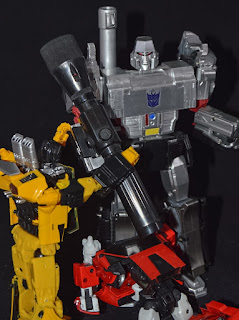