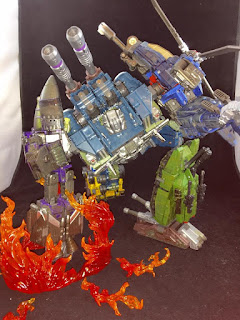 Because of the color difference of the Wukong and Machine Boy figures, I decided to make the Machine Boy figures not just repainted clones, but nasty, grimy war torn versions. I added weathering effects and then combined them into Bruticus. Being that combined they can have structural issues, I superglued the combiner together, as well as the major splits on the figures where feet and hands are inserted. This is now a single figure, for all intents and purpose. 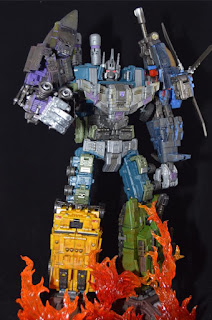 Bruticus is a solid figure. Absolutely massive! The bulk and intimidating weaponry is impressive!
The limbs lock well together, and articulation is fantastic. Wukong Onslaught is a slight shade lighter than Warbortron's Fierce Attack, but looks very close. Combined, Bruticus' eyes are a very pale pink, so I added some red paint to boost them a bit. 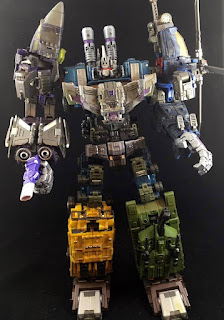 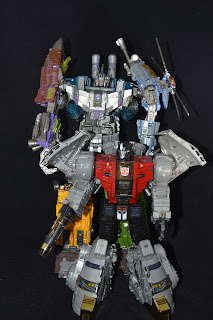 Great thing about Wukong and Machine Boy? I got a set of combaticons AND Bruticus for my display for less than what I could buy one set of Warbotron! 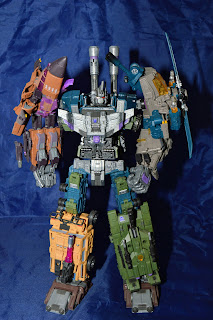 This is the combined "Wukong" version, based on the original G1 color scheme.