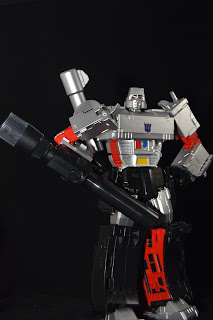 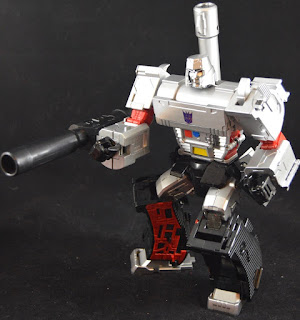 One of the biggest hypes of last year was Xtransbot's Apollyon - the first attempt of an MP-10-scaled Megatron. The effort was met with mixed reviews. While it got a lot right, the balljointed shoulders, wide "diaper" hips, and pouty lips left many fans wishing for more. Enter Maketoys' Despotron.  A phenomenally articulated, expressive figure that "fixes" many of Apollyon's shortcomings but has a few issues as well. This review covers the bot mode, as I am totally against the idea of Megatron transforming into a little pistol. 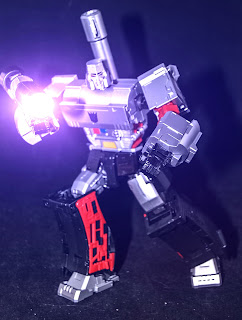 At first glance, Despotron is massive! He is built like a Rugby player, easily on par with the heroic proportions of Masterpiece Prime.  His thick legs and bulky arms remind me of Street Fighter Alpha's M.Bison (Vega in Japan). Most of the articulation is on powerful ratchets. These, as well as the wide feet, allow Despotron to maintain almost any pose you can think of. His hands ar almost exactly like mp10's, so he's able to hold most Masterpiece weapons, including those of his predecessor, Apollyon. 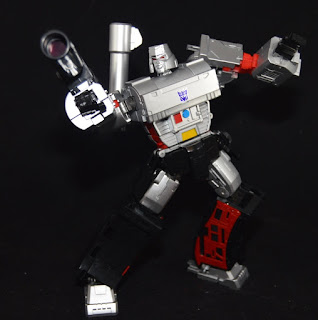 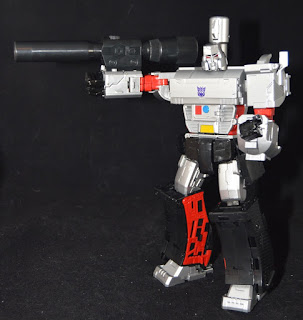 Despotron comes with easily swappable expressions, so you have a multitude of emotions- from disgust of a treasonous Starscream to the maniacal glee of vanquishing the Autobots.

As for the negatives... Despotron has some kibble that breaks up otherwise smooth lines in the design. Also, there are no LED's in the arm cannon. Finally, the right knee likes to compress when trying to set up poses, making him lopsided and in need of frequent extendings.

Overall, I really love this guy. He's intimidating, expressive, and just a joy to mess around with.  For those who like the recent trend of MP toys being 3D clones of 30 year old animation, leaked photos heavily hint that Megatron will soon get an official, cartoon accurate figure. For those that want a brute who looks like he can go toe-to-toe with Prime, boss Devastator and Bruticus around, and slap Starscream silly and enjoy every second of it, I highly recommend Despotron. His heavy Dreamwave Comics-inspired look allows you to have him as well as the cartoon accurate figure coming in 2017, and will easily rank among the top figures of 2016. 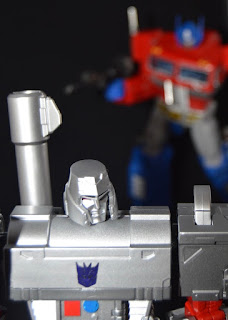 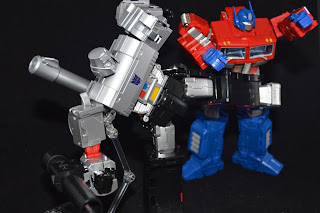 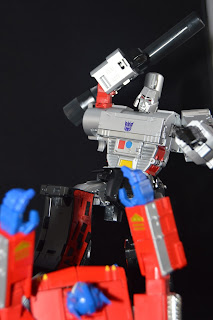 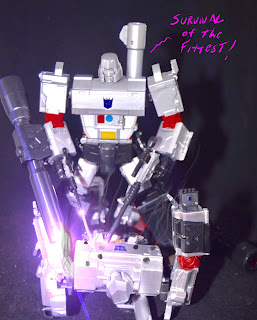 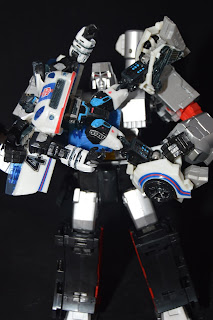 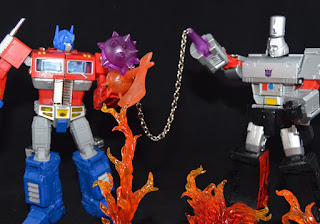 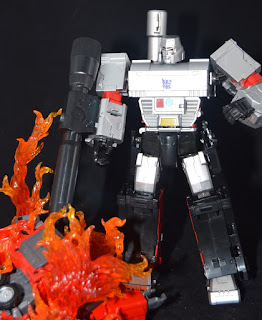 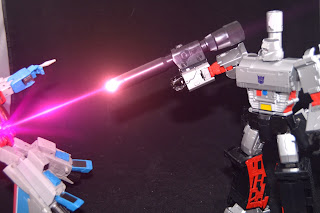 "You couldn't lead antdroids to a picnic!" 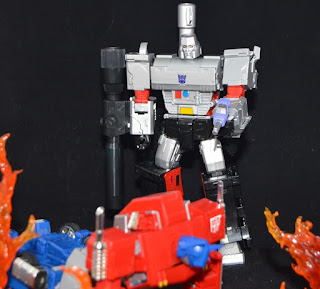 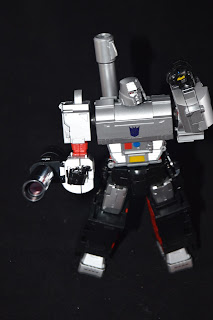 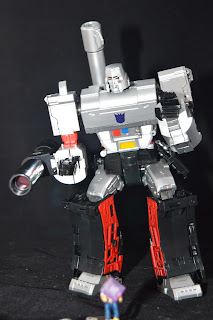 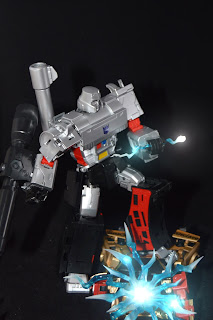 "It's a pity you Autobots die so easily, or I might have a sense of satisfaction!"