Let me preface this review by saying that when I was a child, the only brand I loved almost as much as Transformers were the Teenage Mutant Ninja Turtles. They WERE my heroes until I was a teen and delved more fully into the Marvel and D.C. Universes. The first movie, loosely based on the comics, got me started on the rich world barely hinted at in the Saturday morning cartoon meant to sell toys and a breakfast cereal. 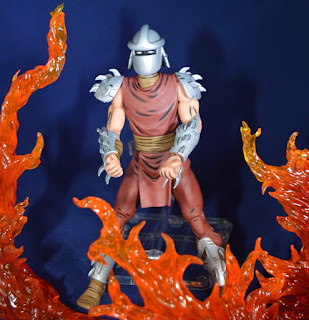 One thing always irked and eluded me: A fearsome, accurate Shredder. 1987's Shredder toy was a swollen-headed anorexic man in sweatpants. Later came the movie Super Shredder which was a Ginzu on 'roid rage. Subsequent cartoon and movie toy lines always offered exceptional Turtles, but Shredder, their reason for being ninja in the first place, always got the short end of the bo staff. 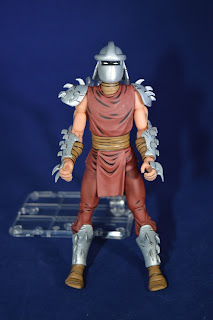 As a New York Comic Con exclusive, NECA released a Mirage Comics inspired set of Footninja and their leader, The Shredder. Upon first glance, these are fantastically sculpted. Limber-looking and lethal, the foot ninja come in 3 designs. Shredder is in his comic & movie accurate red garb, complete with a regiment of turtle shredding body armor. Articulation is great, when it wants to be. Several of my figures had sticky paint jobs, that when attempting to pose, caused stress marks on the elbow joints. Be VERY careful with these, as they are made of the same soft plastic as most NECA figures. These aren't made to put up with toy room adventures.

Straight from the graphic novels! 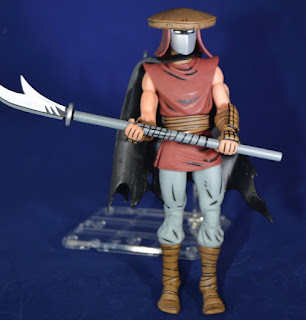 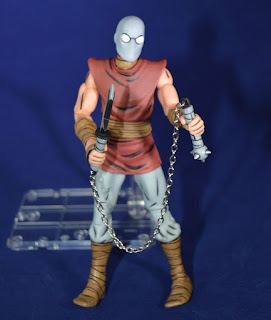 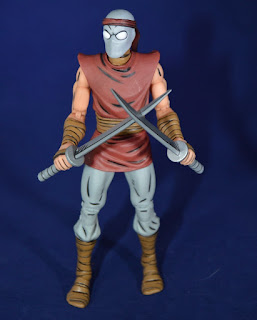 Sweating to the oldies foot 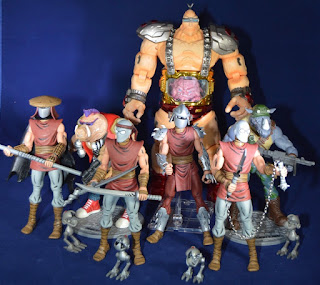 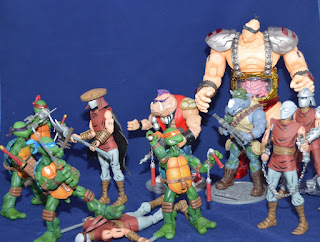 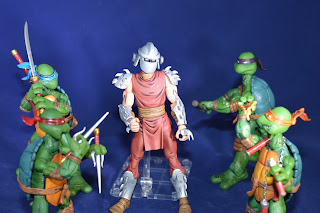 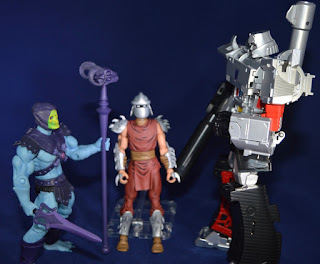 
*also included in the Mirage set is an Utrom/Krang... not pictured in this gallery.