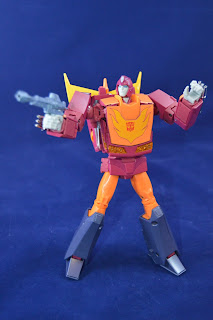 Arguably the most polarizing of all transformers, Hotrod is seen by many as the "idiot who killed Optimus Prime" in the 1986 movie. When not fishing, feeding Allicons, practicing dental hygiene on Sharkticons, or killing superior officers, Hotrod was one learning what it meant to be an Autobot soldier. He would later "evolve" into the leader of the Autobots known as Rodimus Prime. 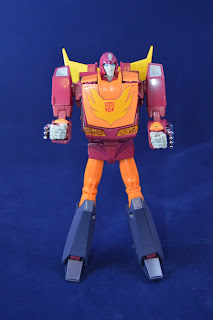 As a masterpiece figure, Hotrod looks great, but feels really fragile. Lots of thin swivels and twisting parts. My figure even had some slight stress marks and dried glue streaks on the underside of the car hood, and worse of all, the Autobot brand is off center on the chest. Robot mode looks quite compact in hand. The much maligned "backpack" really tabs tightly and looks fine when placed next to other mp figures. Articulation is fantastic. You can get many poses from the 1986 movie and he holds them well. Transformation is rather straightforward. 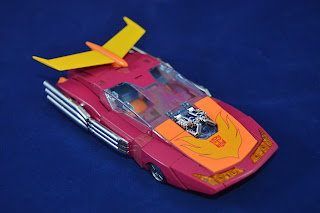 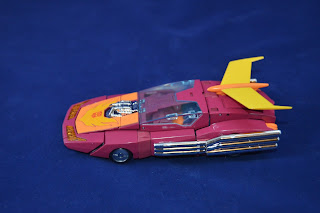 Super car mode looks spot-on to the animation, but is hard to keep tabbed together and even harder to align the wheels so he can roll. Color is a rich warm magenta, and really looks good, and is a welcomed change from the abundance of fire-engine red among the Autobot team.

Size is a mixed bag. While rightfully larger than the season 1 carbots,  Hotrod looks too small around other movie and season 3 bots. Ultra Magnus and the 3p Season 3 offerings such as DX9's Galvatron tower over him. Still, several movie scenes can be recreated without too much trouble. 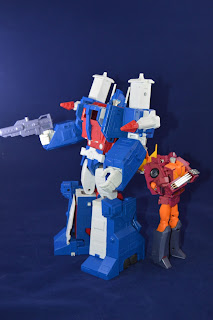 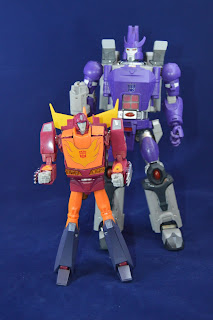 If your collection can only support one Hotrod/Rodimus Prime figure, I strongly suggest going with DX9's Carry. But if you want all the evolutions, HotRod is ok as long as you take your time and handle the thin plastic with care. 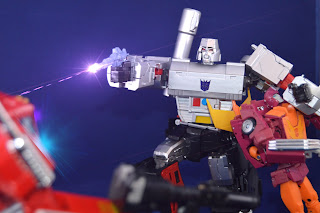 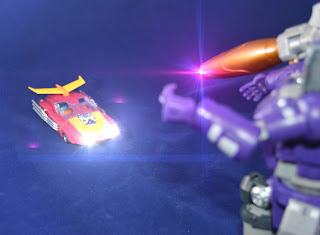 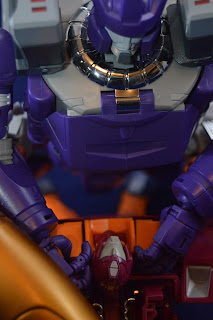 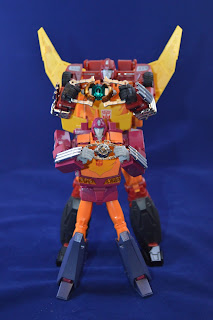 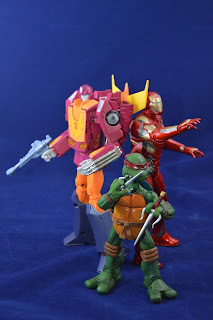