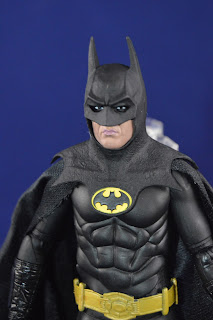 Fast forward several decades, I still love the movie. It has aged fairly well compared to other 80's movies. With the current wave of nostalgia figurines in the collectible world, it was only a matter of time before 1989 Batman got the 7" treatment, and thanks to Neca, that times is now! 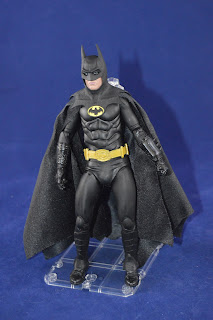 As with most Neca figures, Batman is molded in very soft plastic. The body armor and cowl are layered plastic over the body and head, giving him a more realistic look. The chin and mouth look exactly like Michael Keaton's. Cape is black cloth. As with most Neca figures, the soft plastic makes the figure very fragile, so extreme care should be taken to insure nothing snaps. Articulation at the arms, shoulders, wrists, neck, torso, legs, and feet are present, but very tight. Not going to get a lot of dramatic poses without risking a breakage. 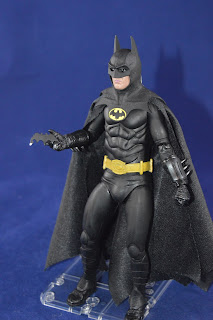 For accessories, swappable hands, a batarang, and the grapple gun are included. He scales well with other 7" figures, and really looks good paired with the Chris Reeves Superman. Overall, he looks fantastic, but due to the fragile nature, he's best left on a shelf. 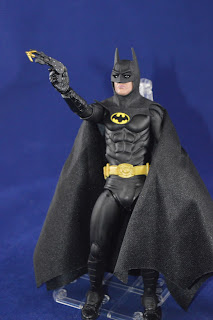 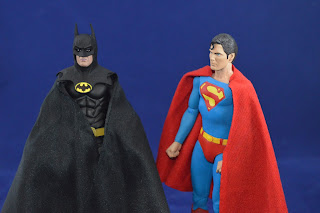 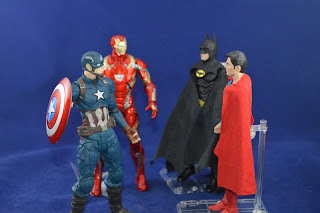 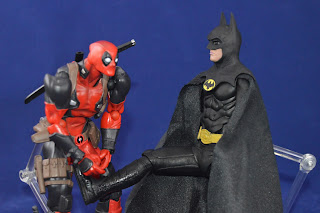