My first Ocular Max figure was their take on Mirage, Sphinx. I was so impressed with him, that when it was announced that they were doing a Trailbreaker too, I knew I had to have it.  First impressions of vehicle mode: overall clean, but lacks the same polish as Sphinx. While everything tabs cleanly, and the tires look amazing, a lack of paint and several shades of black and gray are distracting. The worse "offense" is the split in the tailgate. I really wish they designed a thin plug that could fold into the camper shell. 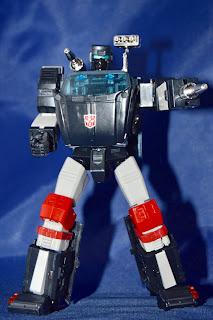 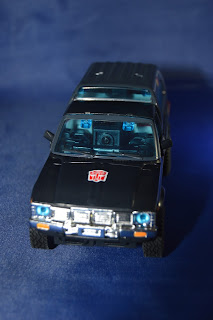 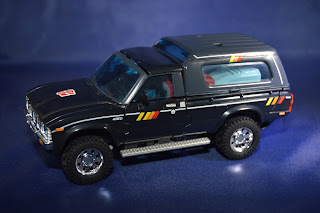 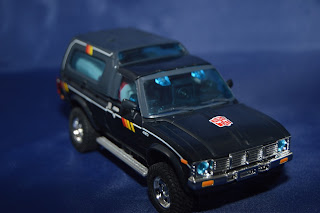 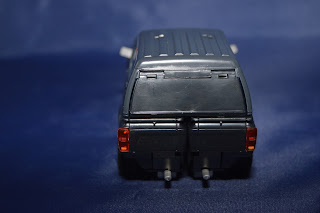 Transformation is intuitive and rather simple. Never did I feel like I was going to damage a panel, and everything tabs into place. Care should be taken with the mirrors. They are very thin and are directly in the path of shearing panels.

Once in robot mode, Trailbreaker shines. You can see that main focus of the designer was giving us a cartoon accurate Trailbreaker. A stoic face,  clean lines, and an ingenious "slimming" torso sets this version of Trailbreaker apart from his contemporaries. He really looks fantastic and you can see the influence of the Takara van bots with Trailbreaker's proportions and simple design. 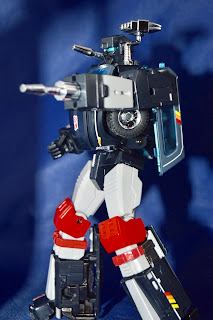 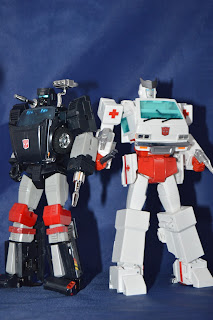 Overall, I really like how this figure feels like a modern old-school transformer. There is some panel-forming, but overall it's at a minimum compared to many other MP scale figures.  If you display in bot mode, this guy is a beauty. My only real irritant with him is a lack of space for the autobot logo on the belly, due to ridges... I put on a waterslide decal, but it remains to be seen if this will eventually peel or not. 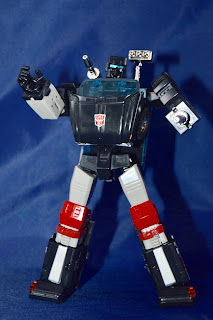