Try this... it's a gas! Ace Tumbler - MP Cliffjumper 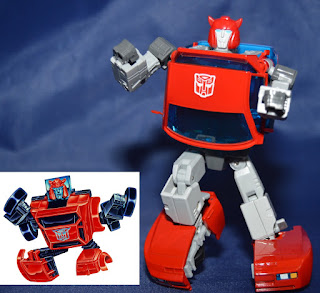 Ace is the new kid on the scene, and they came out swinging! They debuted their Cliffjumper mere days before releasing it on the market!  A modified adaptation of MP Bumblebee, this version of Cliffjumper has some quirks that you'll either love him or hate him. Personally, I love the little guy.

With several options for a head, I chose to keep the G1 toy head. He's got a pouty lip, which for me shows the headstrong autobot's personality best. He also comes with a display stand, bazooka, pistol, and clear acrylic display case.

Vehicle mode is definitely a Porsche, but a different version than the G1 penny racer. There isn't an air intake in the hood, but overall, for a tiny car, he looks good. Not as detailed as Xtransbot's Windcharger, but still looks convincing enough. Only issue is keeping the seams closed. 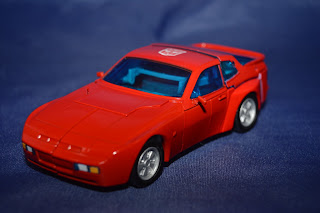 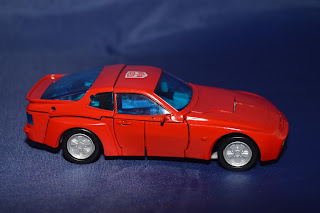 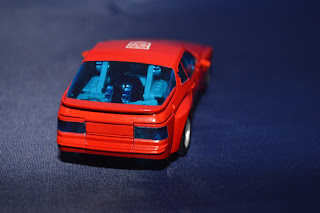 Transformation is identical to MP Bee, and as such, it's really simple. 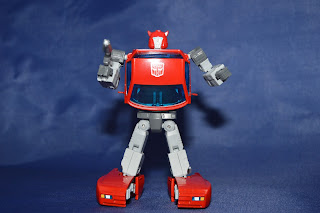 Robot mode looks fairly good. The arms are a tad short, but so are MP Bee's. Joints are a tad loose on the legs and neck, but otherwise good. An abundance of diecast in the feet make some poses a chore, due to the unyielding forces of gravity. He is a rather charming little guy, once you see him in person. With very little kibble and solid construction, he's a good addition to an mp collection. His simple design will hopefully spark others in the customizing world to offer more options for longer arms or head sculpts. 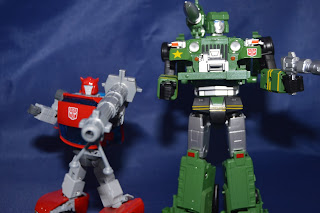 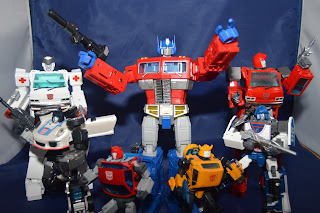