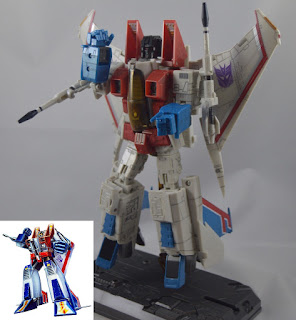 My favorite Decepticon, Starscream, finally gets the premium treatment I've been wanting since
Takara rebooted the Masterpiece line with MP10 Optimus Prime! Not an official product, this offering by Yes Model takes the quality build of their previous seekers and blends it with the detailed color scheme of the Walmart limited release of Masterpiece MP03. 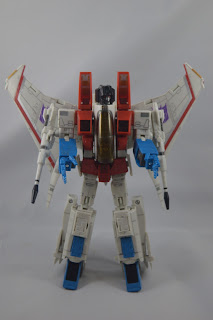 Robot mode really looks good. Gone are the gray swirls of the official and other KO offerings.
A very light grayish white coats most of the figure, while a darker gray wash highlights details and helps break up the solid blocks of monotone. The red is a rich flat red, with none of the metal fleck of the Kbb ko offering. My only QC issue with this guy is his left leg fin is really loose. Other than that, he is quite comparable to the other Yes Model offerings. 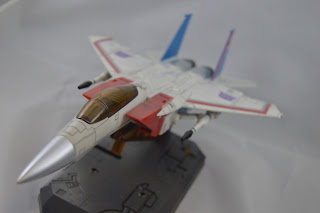 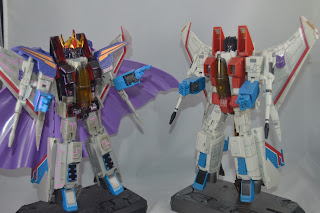 Work-in-progress death of Starscream using kbb KO. Some major differences between the two
Include the hips, lack of diecast legs, and paint details on YM03. Both are fantastic versions of Starscream. 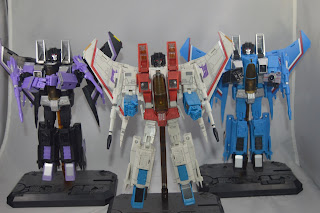 Looks fantastic next to the other YES MODEL or official seekers.
The rich color really helps Starscream look premium. No swirlies. 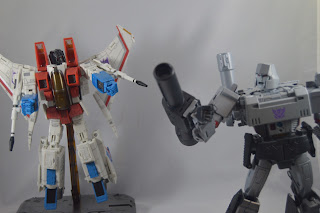 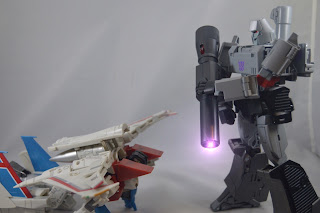 You failed to dispose of me when you had the chance, Starscream. Now it's my turn.
- Please... please don't fire. I was wrong. I shouldn't have done it. Please, don't shoot! 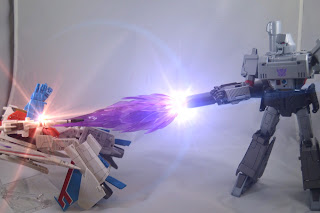 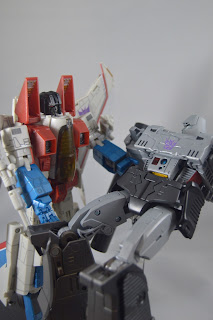 Oh how it pains me to do this!
- I still function! 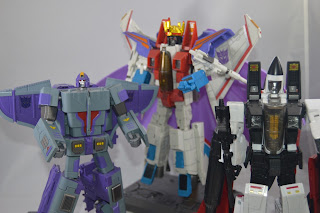 As your new leader I... who disrupts my coronation? 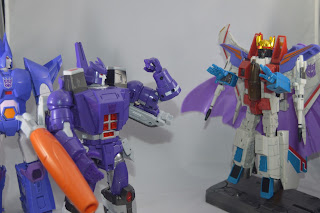 Coronation, Starscream? This is bad comedy!
-Megatron? Is that you? 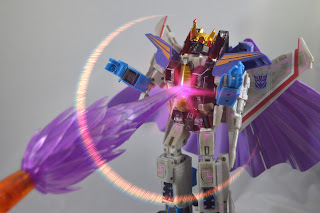 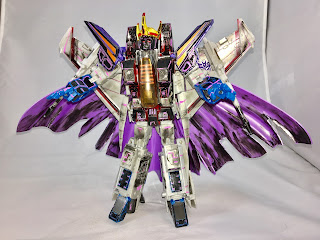 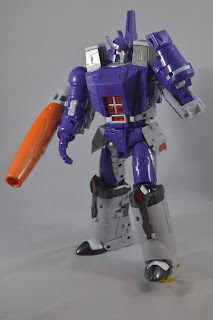 Will anyone else attempt to fill his shoes?