Scorpion and Sub-Zero - Deadliest of enemies - but slaves in my display! Storm Collectibles 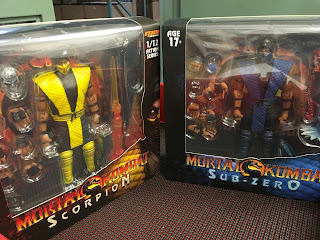 Arguably one of the biggest gaming franchises in history, Mortal Kombat has tried to stretch its wings into other forms of entertainment. One area of mixed results have been toys. Whether it's the kids line of MK inspired GI Joes, or the ill fated Infinite Concept line, MK has never had a definitive line representing its characters... until now. First releases are the Chinese cryomancer Sub-Zero, and his revenant nemesis, Scorpion. 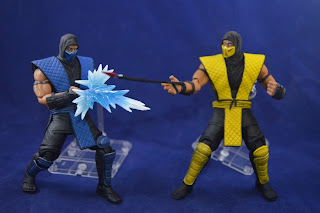 Storm Collectibles has taken on the Kombatants and it's a near Flawless Victory!  Articulation is superb, with the rich mixture of joints and swivels common among the Japanese action figures, blended perfectly with an American-style sculpt.

With tons of accessories each, you can recreate almost every pose from the games, and with a little digitally-added blood spray, the battle for Earth Realm has come to your action figures as well.

Plastic quality is really fantastic. A mix of a solid core, and semi-flexible and really flexible external layers. Paint details are among the best I've seen in a 7" scale. Subtle bloodshot eyes on Scorpion, and subtle scratches on the armor of Sub-Zero. My copy of Scorpion lacks the paint wash on the yellow tunic seen in the promotional pics and some video reviews. 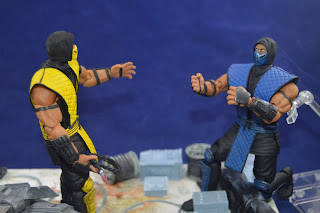 Rich yellow and black, Scorpion comes with his harpoon kunai in both pulled and extended forms, as well as a skull head and Toasty! fire breath. 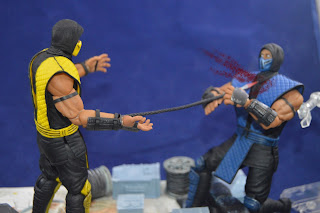 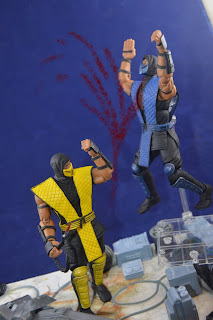 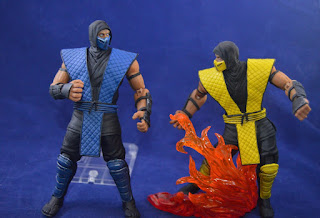 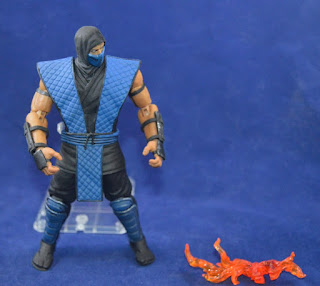 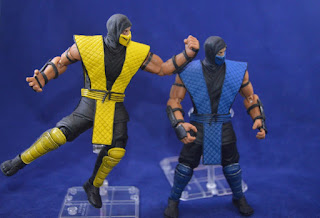 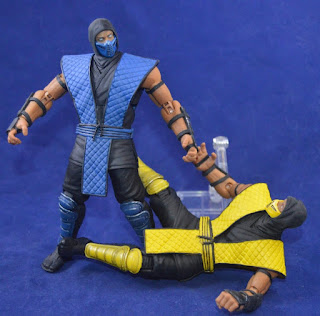 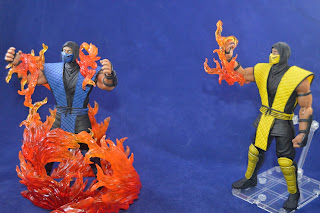 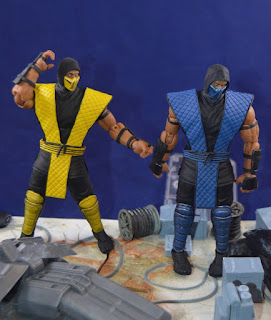 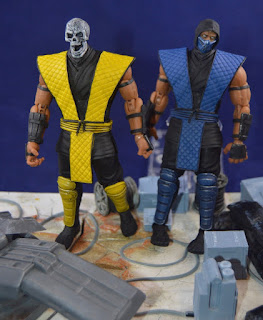 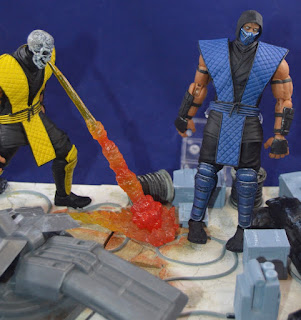 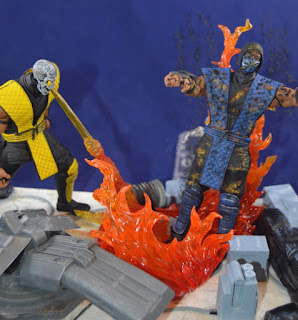 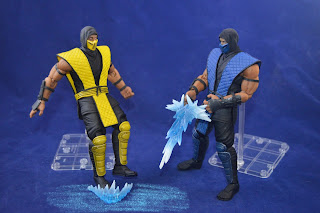 Blue and black. Sub-Zero includes two effects for the ice blast and ice slide, as well as his infamous Spine Rip fatality. 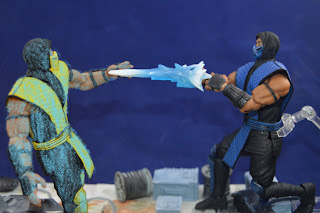 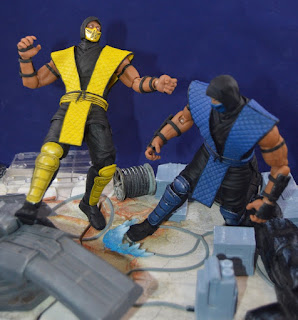 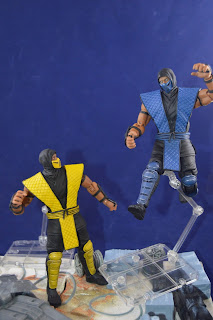 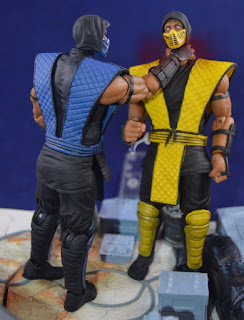 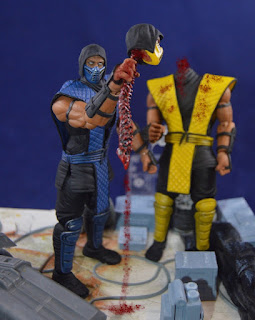 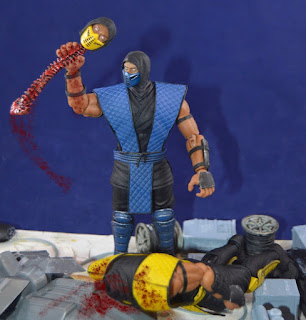 These characters are pretty large for 1/12 scale figures. Definitely on the 7" size. These fit well with other larger figures, such as the collectible lines from both DC and Marvel, so you can also recreate battles from MK VS DC as well as the fan-dream of Marvel vs MK. 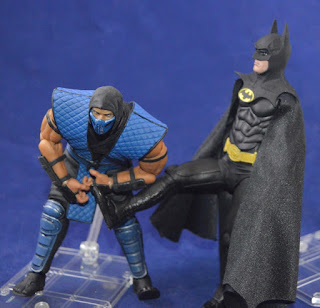 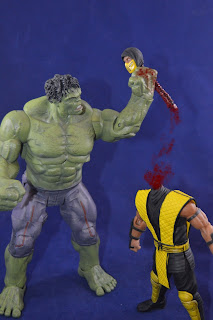 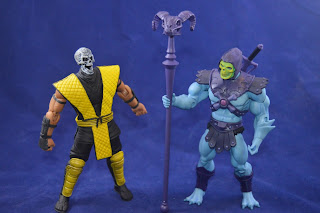 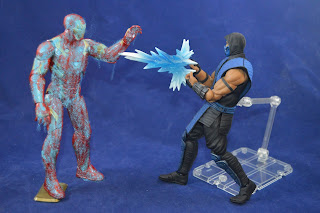 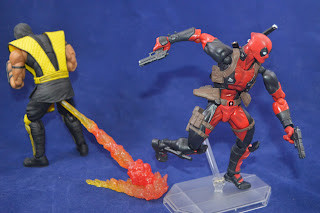 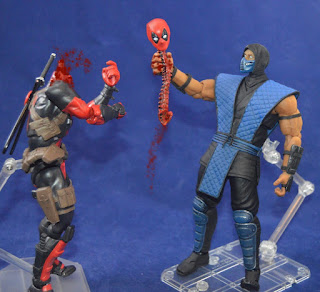 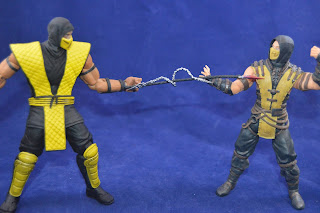 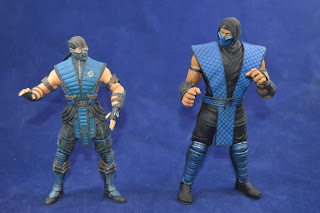 In conclusion, this is a new line, but it's off to a great start. These figures are amazing, and the lineup for the next several releases - Reptile and the Emperor Shao Kahn- will have fans running in the streets screaming "Mortal Kombat"