This has been a stellar year for Transformers enthusiasts! Third Party groups have really pushed the envelope over the past year or two, and Takara has pushed back! There have been so many quality figures coming out, I really had to narrow my own focus down, and sacrifice characters that were tempting, but I didn't have the funds to justify their purchase. Without further ado, here is my "Best of list"... *** 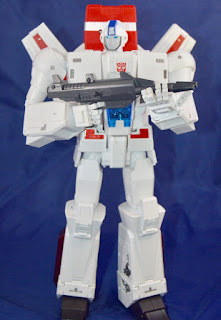 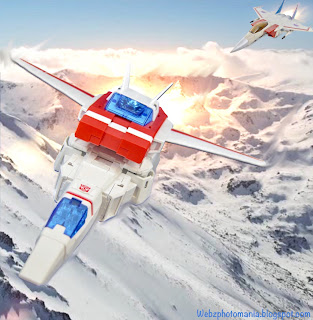 This figure, around 3 years in the making, really epitomizes Fanstoys commitment to quality toy making. The figure's design is impeccable, transformation is smooth, and it really shines a light on why many collectors believe that Fanstoys is the best at making larger Transformers figures.  This eradicates the previous attempt, Daca Toys' Kronos, and is one of the few figures I would recommend to ANY toy collector, even those not particularly fanatical about Transformers. 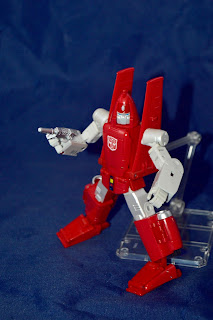 A really fun, solid figure. This guy is enjoyable to transform, and has really taken the spirit of the animation and G1 toy and really beefed them up to the max. With solid accessories and great production, Richthofen deserves his place as Phoenix's wingman! 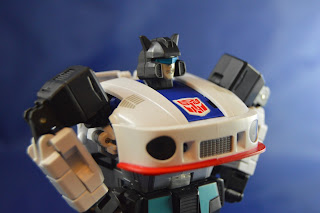 Like smooth jazz, Downbeat was the relaxing, charming figure of 2017. Nothing shocking or jaw-dropping, he is just a fantastic product, with the closest I've ever seen to mimicking an official design yet. He's even got a "Wow" moment to his transformation where everything in the legs just click.  With rumors of an official Jazz in the near future, Downbeat's time in the spotlight might be short, but for those who love the character, Downbeat is a great addition to a collection. 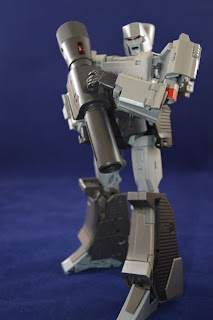 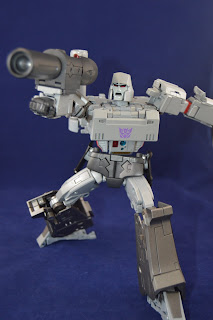 Easily one of the hardest to design, G1 Megatron has been a thorn in the side of collectors for years. MP05 was Takara's previous attempt at a larger scale, and that was a brittle mess for many. Several third parties made an attempt, each with their own shortcomings. This year, Takara released MP36 Megatron which really hit it out of the ballpark for many fans. While not as clean as some of the previous attempts, Megatron made up for it with a perfect head sculpt and articulation that has to be seen to be believed! Butterfly shoulder joints, deep abs crunch, and more made Megatron feel more like a Figuarts figure than a Transformer.  Really is the culmination of all the successes seen previously in the Masterpiece line. Bravo Takara! 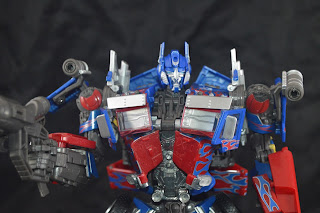 This figure redesigned the previous attempt at a large movie Optimus, but still has some similarities, but an obviously improved design budget. Great accessories and decent articulation.
MPM03 Bumblebee 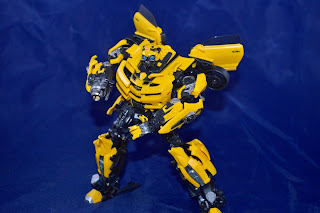 Best design for a small movie figure. Really wish mine wasn't assembled backwards. Still, if yours is made correctly, you'll be quite smitten by the tons of personality shining from his adorable little face! 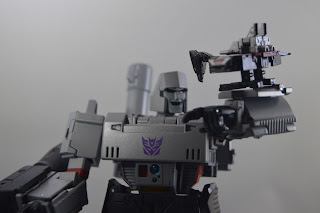 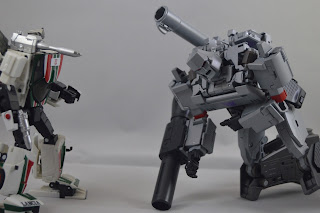 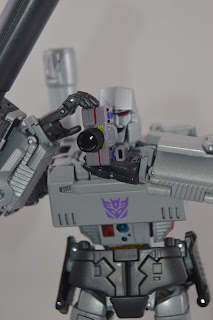 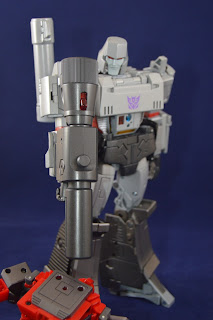 The Decepticon tyrant wins, hands down! Megatron shows exactly why Takara is king when it comes to Transformers engineering. With a totally unique transformation, cartoon accurate legs and face, and just overall a near flawless execution of a character, Megatron takes the crown this year.


*** This is my list of figures I've seen, handled, and reviewed. Not to be comprehensive of every figure ever made this year. Some figures that may be released this year, but I've not gotten my mitts on yet will have to wait for 2018's eligibility (I'm looking at you, MP39 Sunstreaker!).