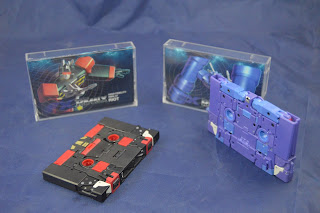 Rumble is red, Frenzy is blue... unless it's animated, but what can you do?... Ocular Max recently released their take on the Cassetticon duo. Like their Ravage, "Jaguar," these guys have a full-size cassette altmode. 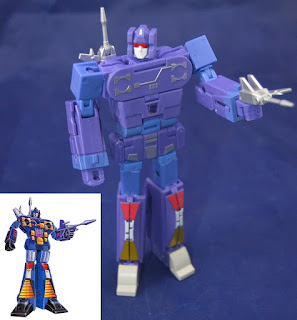 Furor, (Frenzy in the toyline, Rumble in the cartoon) 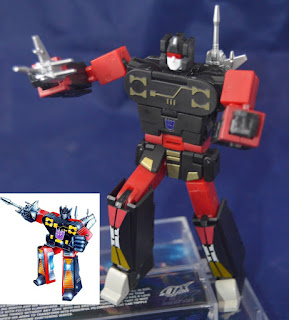 Riot (Rumble in the toyline, Frenzy in the cartoon)

These guys both are fabulously well made. Articulation is fantastic, and the personality of the these guys shines through beautifully. Transformation is simple. Fold a few panels and click in a few tabs, and they are done in minutes. No issues. The only real missed opportunity is the lack of a wrist swivel. 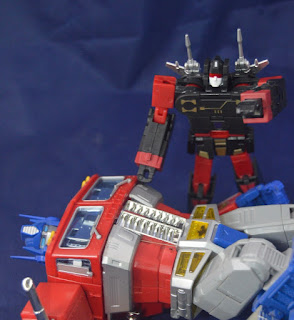 In hand, these guys really stand out as phenomenal figures. While technically simple, they really feel equal to recent official Masterpiece figures. They look like they just jumped of the screen! 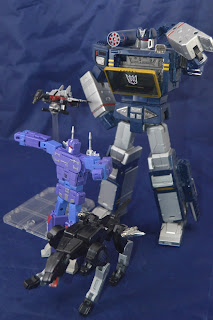 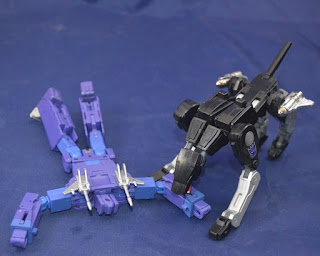 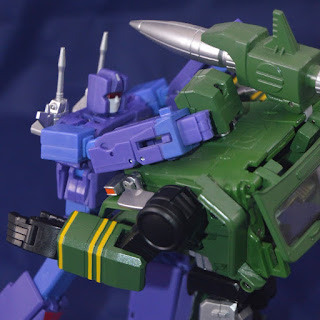 You couldn't swim, what makes you think you can fight?

With a little boost, Rumble can now scrap with Hound, recreating the More Than Meets The Eye
pilot episode battle. 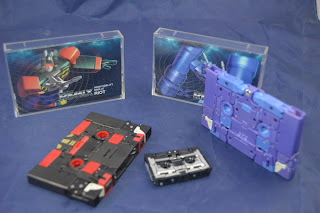 Full-sized cassettes compared to the micro-cassettes of the official Masterpieces. 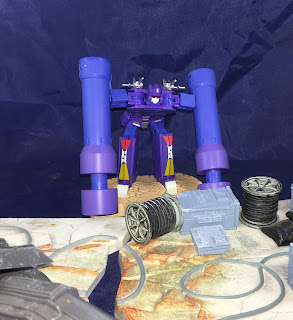 If on Decepticon turf you happen to tumble, look out, robot, coz here comes Rumble!

For accessories, both cassettes come with a case, piledrivers, optional tape stickers, and a stoic alternate face, and a display stand for holding onto the figure while using the piledrivers, which can be battery operated. Batteries are not included. 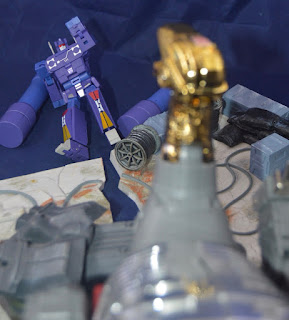 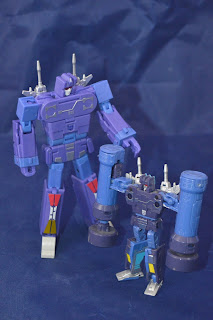 Now time for the hornet's nest... scale on these guys is a matter of taste, and open to interpretation. In some episodes, the cassetticons were the height of basketball players. In other episodes, they were about the size or taller than Bumblebee. It really depended on the mood of the animator at the time.
Fortunately, we have both scales now represented in the Masterpiece world. 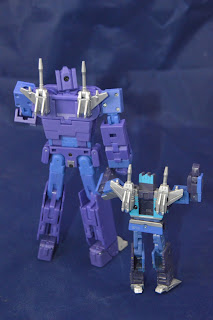 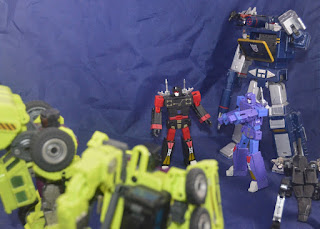 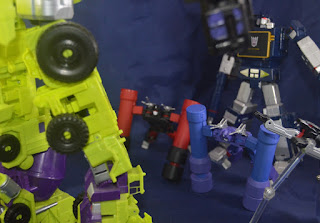 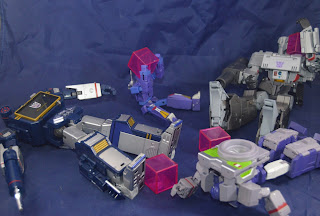 Show me the way to go home... I'm tired and I wanna go to stasis-cycle...
I had a little sip of energon an hour ago, and it went right to my head! 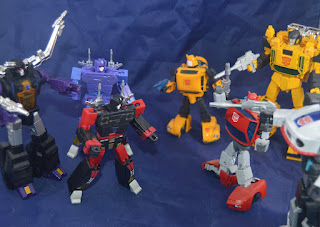 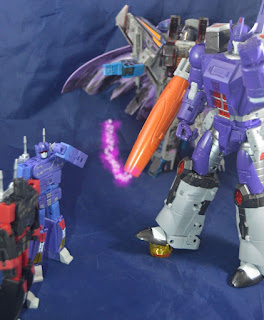 What did he say his name was? 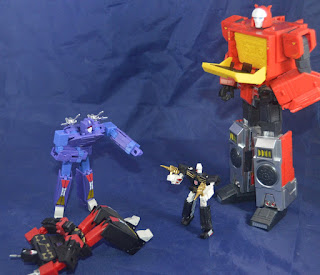 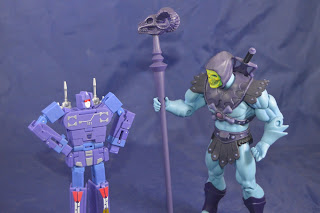 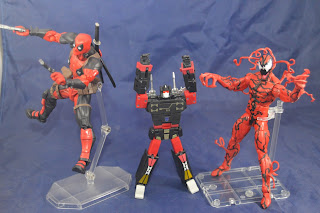 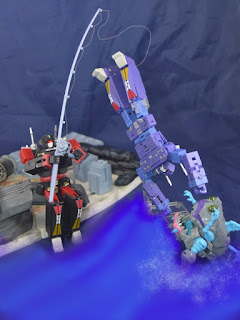 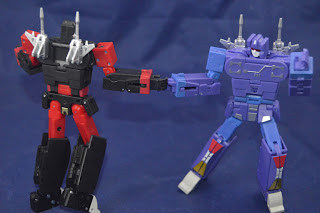 I've had the time of my life
No, I never felt this way before 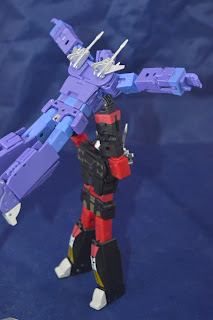 Overall, these guys are just amazing, and definitely worth picking up.