One of my favorite designs from the original film was the Decepticon "bad cop" Barricade.  When Hasbro/Takara announced Masterpiece movie characters, Barricade was one of my most hotly anticipated. While my figure isn't official, it's a pretty darn good factory 2nd/KO from ebay. Joints are tight, nothing feels flimsy. 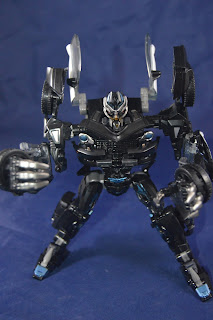 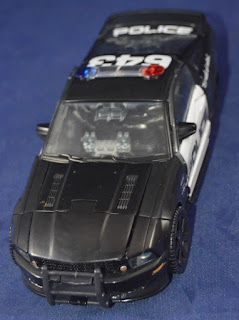 Mustang mode looks awesome! Everything folds up nicely, and if you wiggle it around, it will click into place. Proportions look nice, and the details are sharp. 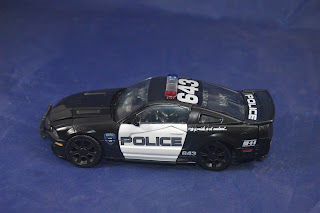 Profile is clean, apart from the "gash" in the door, due to the transformation hinge. Wheels roll well. 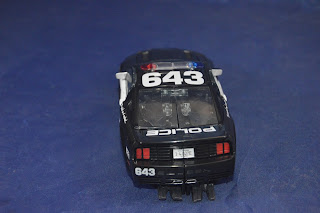 Transformation is really straight forward for an MP figure. A few "Takara moments" with the transformation of the torso, and as with car mode, everything tabs into place and locks securely. 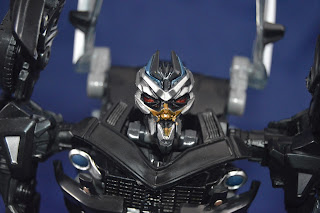 Face sculpt is almost perfect! Only "fault" is the lack of four distinct eyes. Still, he looks mean! 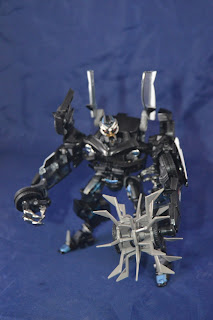 Barricade's only weapon is his larger than life Spinning-bladed-twirly-thingie (TM).
it snaps into his folded up arm. 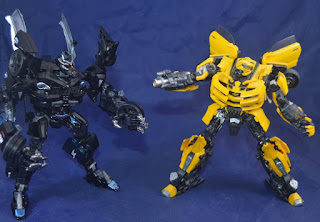 Barricade matches really nicely with 'Bee. I think he might be a tad small, but with the ginormous
arms, "wings", and claws, I think he more than makes up for it with attitude! 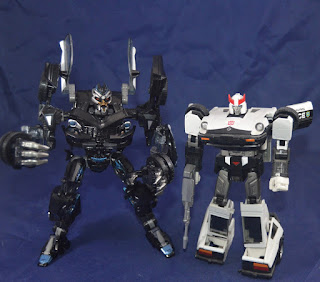 Against a traditional G1 Masterpiece, Barricade is rather spindly, but still looks fabulous. He scales pretty well too. 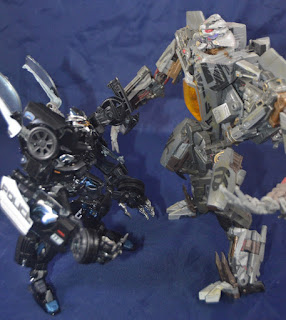 While not a Masterpiece, my customized Hunt for the Decepticons Starscream looks really nice with Barricade. With their opening mouths, these guys take turns blaming each other for failing their Lord Megatron! 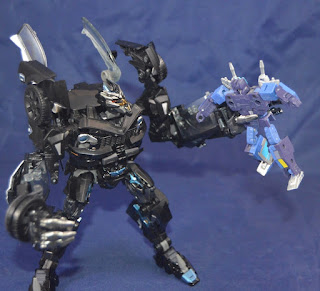 "You aren't the Frenzy I was expecting!" 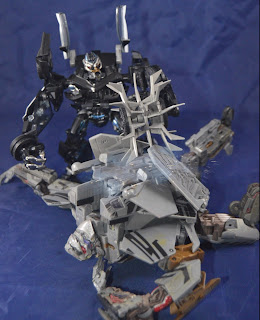 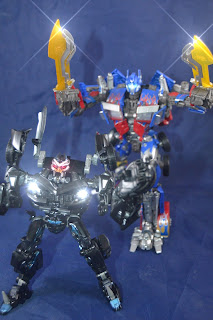 
Overall, this is a fantastic piece... KO, factory 2nds, or the official piece, this is definitely a piece to get!