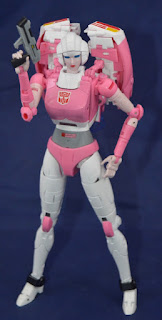 In the 1986 cartoon movie and subsequent season 3 of G1, Transformers introduced the first female cast member, Arcee. She never got a toy in the 80's, but she was undeniably a major player in G1 as well as being the first in a long line of Arcees in future Transformers series.  Like Kup, and many other tiny panelformers, this review will be just of Rouge/Arcee as a figure, because I don't feel comfortable trying to transform her due to nerve damage in my right hand. 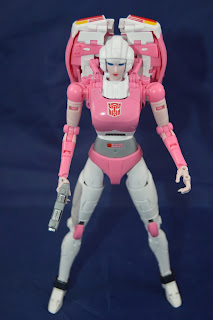 Proportions and build quality is classic Fanstoys. Diecast throughout the figure, including chest, legs, and many internal components. She comes with a few face, chest, and hand options, a pistol, and a pink rifle. 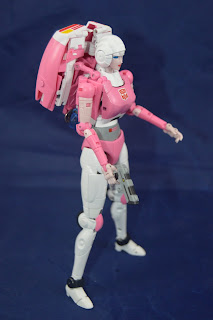 Kibble is quite nicely gathered up in the shoulder packs, which connect via very thin little bars. The packs just float over her back, and easily get out of place while attempting to pose. 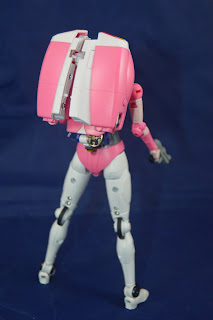 Balance is VERY tricky. Arcee doesn't have heel spurs or any counterbalance built in. It's all about
finding the balance of the backpack with the diecast legs. She really should have come with a display stand or at least something to plug the feet into to keep her upright. 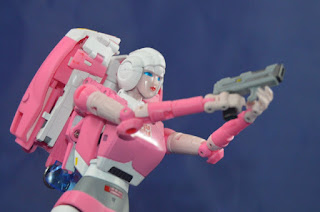 "This gun couldn't hit the broadside of Trypicon!" 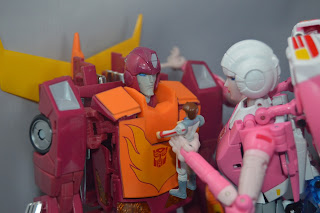 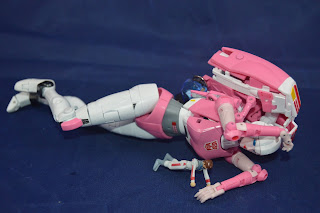 "Thank goodness I didn't squish this one like I did his sibl... errr... Daniel, let's get some icecream!" 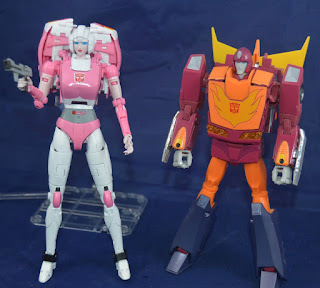 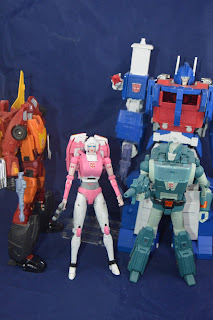 Scale is perfect, too. She fits in with figures of many different designers. 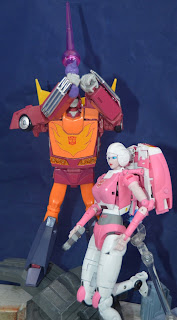 Aesthetically, the only issue I have with the design is the noticeable gaps in her sides and neckline. These have been there since the prototype pics, so obviously it's something Fanstoys was comfortable with. I just wish they could have cleaned it up a little better. Still, overall, She's an extremely complex figure to make without massive cheating, so I give Fanstoys credit. They did an amazing job. 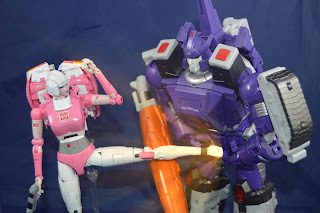 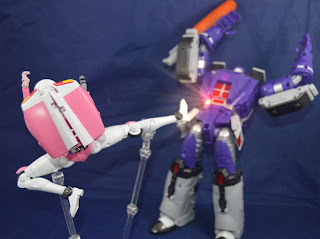 Once you find her balance points, she's very dynamic. She really is a marvel of design.  There are several Masterpiece Arcees in the wild now, and more to come in the coming months, so the options are there. For me, Rouge checked the most boxes for what I was looking for in an MP Arcee. I highly recommend her.