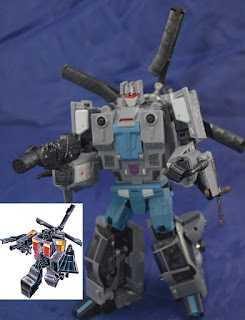 The final two Combaticons have been released, almost a year after the initial release of Swindle, followed by Brawl, and Onslaught. It's been a long time, but these final two really end the set with a whimper rather than a bang. Don't get me wrong, these are fantastic looking overall, but there are some major niggles. My copy of RageWinterchill, for some reason, was covered in plastic dust; my Lashlayer had tons of flashing that needed gentle removal. 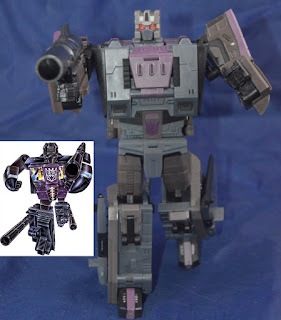 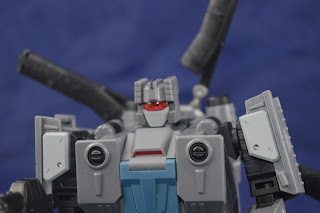 As with any figure with lightpiping, I've taken the liberty to paint over the eyes. Metallic red for Vortex, metallic red and pink mix for Blastoff.  Face sculpt for Vortex is spot on. Something about him looks downright sinister! 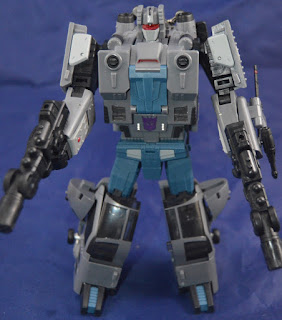 Overall, he is built rather well. My biggest issue is all his joints are overly tight. I've heard incidents of breaking plastic, so I'm trying to be as careful as possible. Unlike most other Masterpiece style figures, he doesn't have tabs for his weapons to snap into on the palms. Instead, the handles are just round posts, and it's a shame, really. They spin around and are hard to pose. If you try to pose him with his arms up, the guns swing down and smack him in the face. 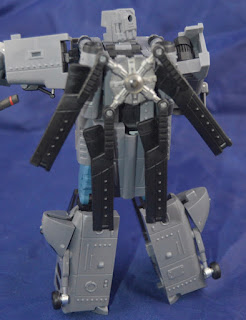 Back cleans up rather well. Details are very well done. Not bare like many modern official figures, but not overly detailed like some other 3rd Party Combaticons.

Looking at this figure, you can definitely see some influence of the movie Blackout design. Coincidentally, in early drafts of the Transformers movie, Blackout was named Vortex. 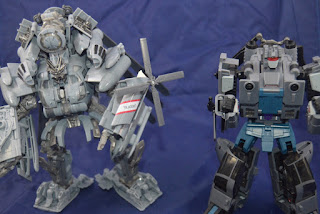 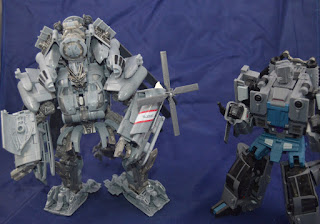 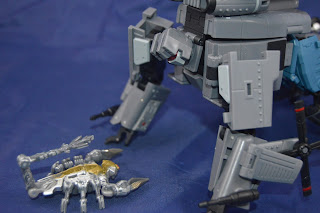 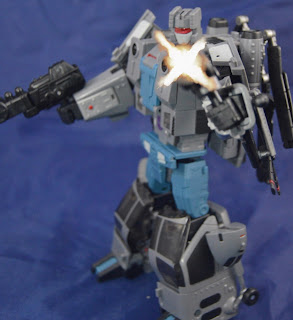 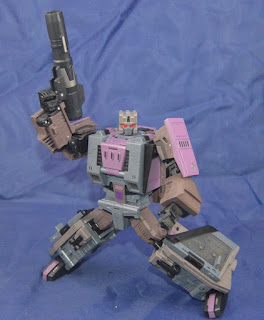 A huge improvement over competing versions of Blastoff, this guy looks far more like his G1 counterpart. Articulation is overall good. The left leg, alone, is really tight and squeaks loudly when moved. 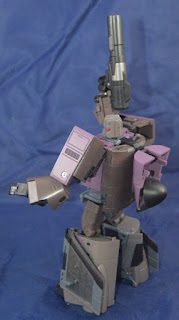 Kibble is very well contained. He's got a little backpack, but it doesn't feel fragile. The wings on the legs look amazing. There is a bit of translucence plastic on the wings that really add some pop to the character. 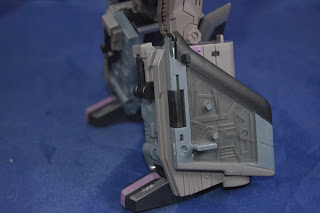 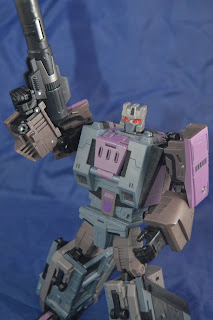 Unlike his fellow arm, Blastoff can hold up his weapon proudly, without fear of being slapped in the face. 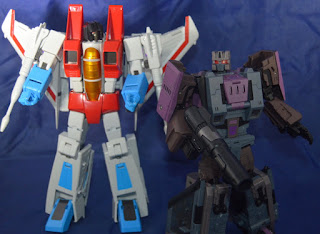 Scales very well with Masterpiece and MP-style figures. Having just watched the episodes featuring the Combaticons, it works beautifully. 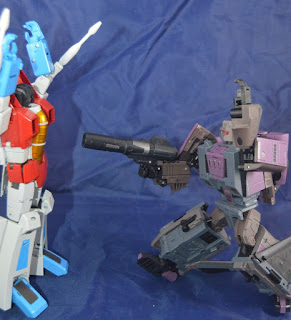 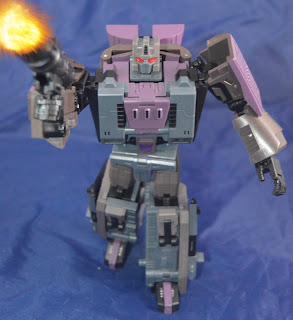 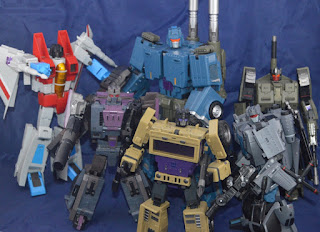 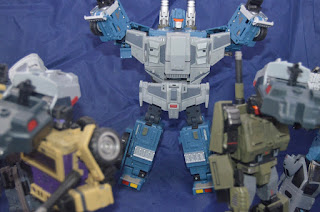 Onslaught: "Guys! Guys! Where are you going?! I swear, I've washed recently! I learned my lesson!"

Overall impression of the whole set is favorable if you are just looking for Combaticons, these are a great set to pick up. They are very G1 in looks. Don't think I'll ever combine them into Bruticus, but I am quite content with them as they are.