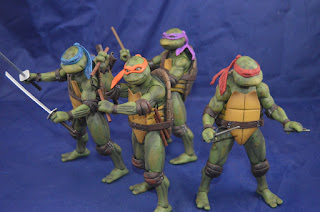 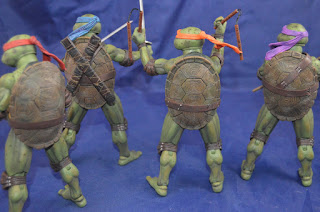 Heroes on the half shell, they're on a mission.
When there's a battle got the enemy wishing that they stayed at home instead of
fightin' these Ninja Masters with moves like lightnin'.
They were once normal but now they're mutants.
Splinter's the teacher so they are the students.
Leonardo, 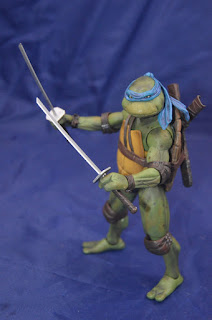 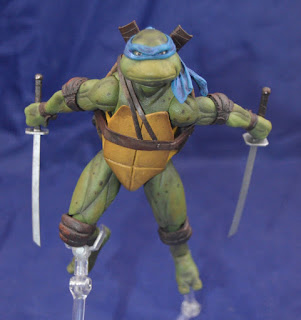 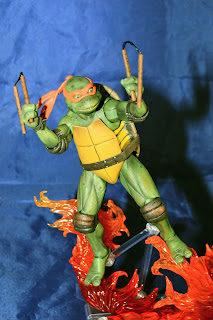 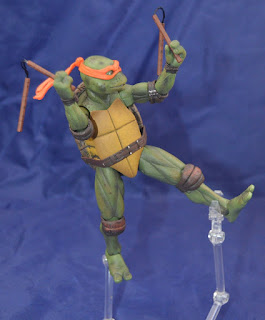 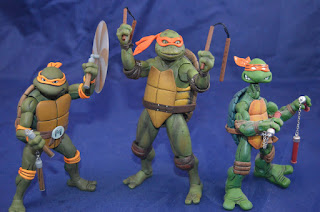 and Donatello make up the team 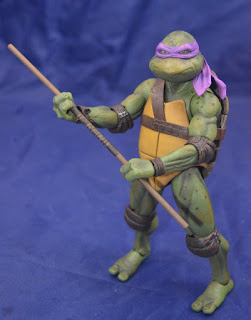 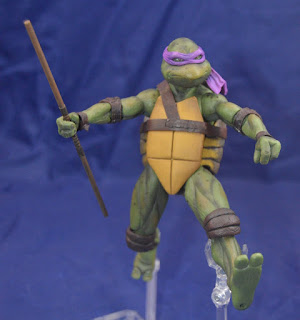 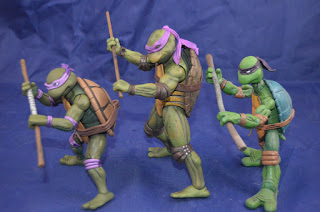 with one other fellow, Raphael. 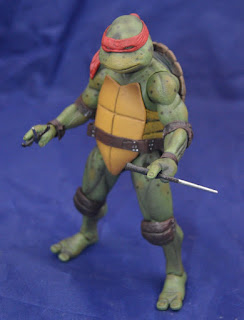 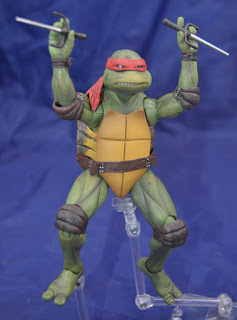 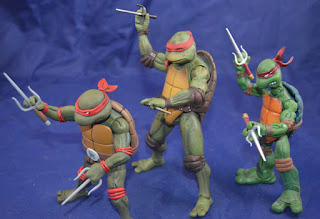 Pizza's the food that's sure to please.
These Ninjas are into pepperoni and cheese." 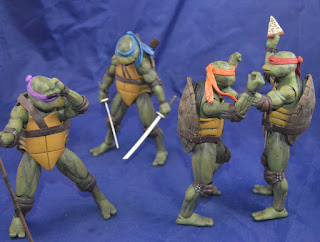 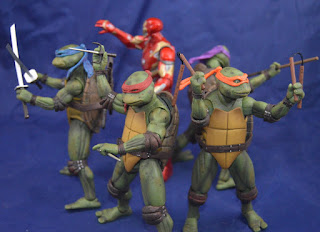 
Paint is fantastic, looking as good as the on set costumes.  Articulation is really good with no locked joints for once and no loose hip swivels!  Plastic doesn't feel chalky or too soft. Can it be that NECA finally learned?!  These really do feel premium!

Hopefully NECA releases auxiliary characters such as Splinter for the various sets they've released over the years. They've already shown some extra badguys for the arcade set, and they have released April and Mousers for the Mirage set. Can we get a Splinter and Casey Jones for the movie set? Maybe with some Secret of the Ooze mall battle accessories?  Time will tell!

If you weren't lucky enough to score this set at Comic Con or via the brief sales on the Neca Store, chances of grabbing a set of these are slim unless you are willing to shell out major cash. In hand, however, these really are amazing.

Edit: These have been announced as a Gamestop release in North America, as single boxed figures.


Hahahahaha! I made a funny!