Sam Walton brings G1 back to the masses! G1 Hotrod and Starscream reissues

Previously done by the now extinct Toys R Us and KB Toys, Walmart... yes, the corporate giant everyone loves to hate but shops there anyway... is releasing a reissue series of select G1 figures. So well done is the nostalgia, they even managed to hit the price perfect to adjust for inflation since 1985! Now we get to complain about the price just as our parents did!

I managed to find Hot Rod and Starscream. The G1-style packaging is really top notch. Print is nice and crisp, and the look will instantly bring back pangs of nostalgia. My only complaint is Hot Rod looks like he's inserted backwards. Once I opened the box up, I flipped it around so the car is facing the window, and it looks much better. But below is how you'll find it on store shelves. 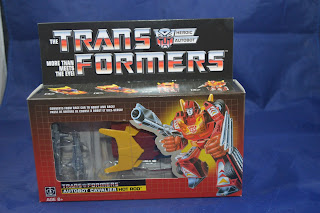 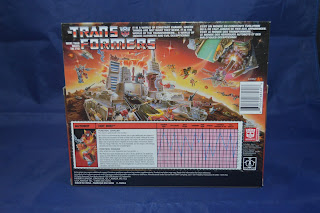 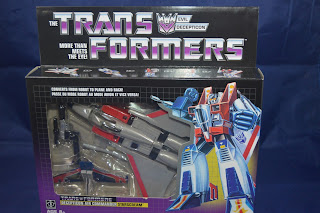 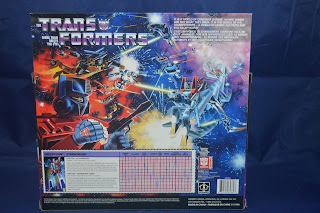 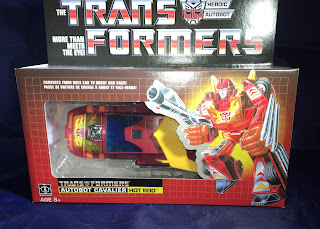 (This is how I’ll display it, with the inside packaging flipped 180)


First up, is the reissue of the Autobot that really killed Optimus Prime, Hot Rod. Plastic quality is fairly good, but feels weaker than the plastics I remember as a kid. I haven't handled G1 Hotrod in close to 30 years, so my memory could be hazy. The pre-applied labels are much better today than those of 1986. Hopefully they stay put longer without curling than their predecessors. 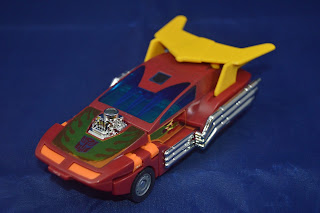 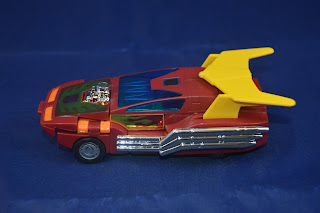 Car mode is beautiful.  A nice, rich red with a hint of magenta. Wheels roll nicely and there is no chipping on the chrome. 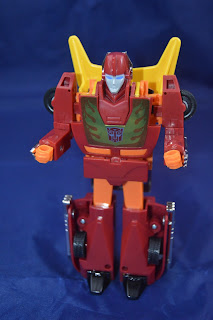 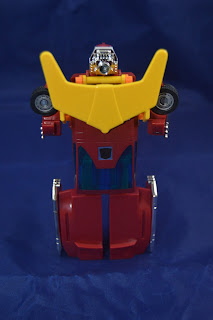 Transformation is identical to the 1986 toy. Once in robot mode, again, looks very solid.  This is honestly one of the better original G1 toy designs, even though articulation is limited. The personality of the character comes through nicely. 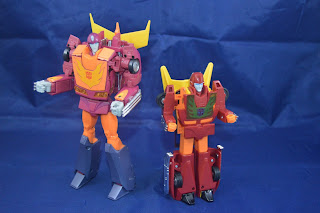 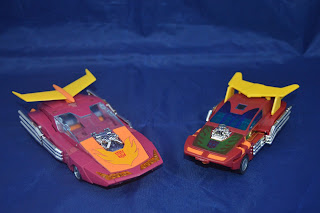 Compared to a modern figure, in this case Masterpiece Hotrod, it's easy to see the advancements in toy design.  Obviously it's not fair to judge a 30 year old toystore toy against a modern adult collectible, but this is my blog, and life isn't fair... so I will. Besides, he got Prime killed...

Next up, reissue Starscream does not hold up quite as well as Hot Rod.  I had G1 Starscream up until the early 2000's, so I still remember him quite well. This figure is tighter than my previous one, but the plastics are definitely different. A slight swirl can be seen in parts of the grey, and it also feels lighter in weight, despite having diecast in the same places as the original toy.  This might be because of better, lighter modern plastics, but its hard to know without a PhD in plastics composition. 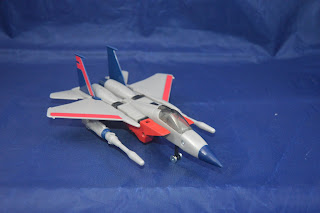 Jetmode really shines on this figure. The colors are bright and vibrant. All the wheels roll freely, and the wings peg in fairly tight. Nothing feels like it's going to snap, just like the original toy.
Transformation, again, is identical to the original. However, my figure has some tight joints, particularly the arms, so it took more tugging than I was comfortable with to swing the arms around. After a few rotations, it loosened up a bit, so maybe it was paint gumming up the joint. I'm not sure. 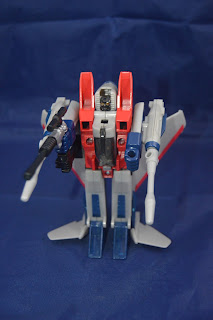 Robot mode is a mixed bag. It's definitely G1. I absolutely LOVE the included Megatron gun accessory. I wish this was there when I was a kid. The handle separates from the top, and both click on either side of the fist to make a solid looking grip. Absolutely perfect, and my inner 8 year old self was beaming with giddiness.  Unfortunately, I was really getting riled by the seams of the figure. Nothing lined up properly, and there were several bits of excess plastic that required delicate shaving off. Nothing egregious, but it took away from the enjoyment of the figure when the inner 8 year old had to sit and wait for adult me to clean up the figure before playtime. 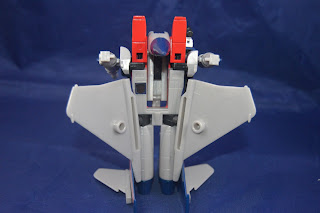 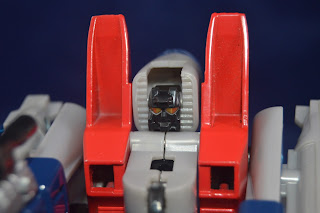 Like Hot Rod, the preapplied labels are nice and bright. Hasbro even applied the eyes label!
Look at that face! How could you accuse him of treachery? 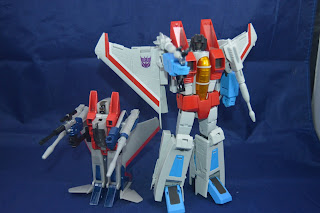 I no longer have the official Masterpiece Starscream, so I'll compare this guy to the third party Maketoys version, Meteor.  Honestly, G1 Starscream really holds his own, after 30 years. Articulation, obviously, suffers, but just looking at him, they really faithfully translated the toy to screen faithfully. Again, what made the figure for me was the genius little Megatron gun. It looks like it'll fit any standard 5mm peg hand, so if you want to add it to your other figures, I'd definitely recommend it.  Starscream is pretty good as well, you just have to be able to look past some of the construction.

My final thoughts... these were a nice quick trip down memory lane without the insane ebay markup. It's nice to look back at where we've been to really appreciate where toys are now.  These G1 reissues are just like the Nintendo Classic systems... expensive windows to our childhood to forget, for a minute, the craziness that has become our world today.

As collectibles, I highly recommend them. Transform them once, stick them back in the box, and put them on a shelf. They'll hit the itch. Especially after seeing the G1-looking designs from the Bumblebee movie.  As toys for posing/collecting, I'd recommend sticking with some of the modern lines. Masterpiece and third party work great for me, but for those looking for something more affordable, Hasbro's recent Prime Wars line and the upcoming War for Cybertron: Siege line look very faithful to G1 but have modern articulation and are better toys.