Was cleaning out storage space on a 32GB memory card when I came across some pics of figures I had before I started the blog. Figured I'd give it a few words.

The first set of Insecticons to be released, these guys had a slight edge over the competition with the fact they came as a set instead of individuals, so there wasn't a year long wait from first to last.

This is perhaps the best of the Badcube bugs for one fantastic feature:  he changes color during transformation!  With some clever panels, the gray robot chest becomes a bluish purple thorax for the bug mode. 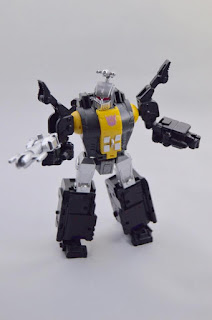 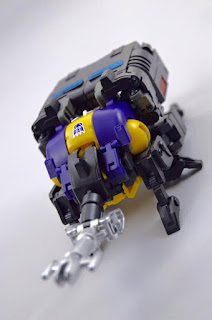 Claymore... Shrapnel.  Nice in both modes. Nothing spectacular about the transformation, but
just a really nice representation of Shrapnel. 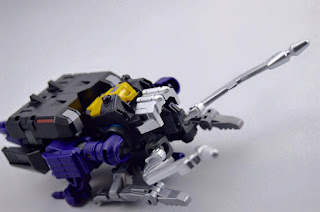 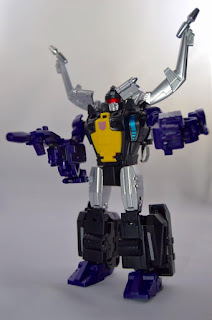 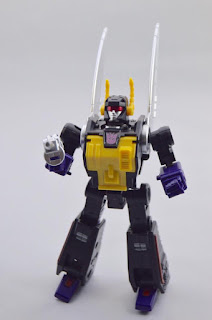 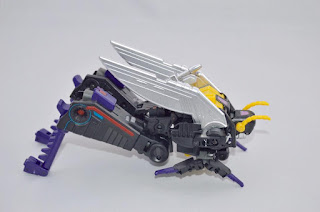 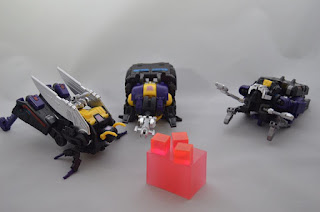 While not perfect, Quakewave set the future precedent found in all Fanstoys figures and many other third party product:  A solid build full of diecast, complex transformation, and a hefty starting price! 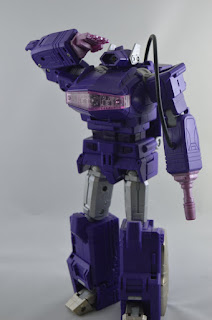 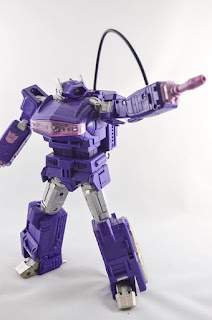 Mattel Masters of the Universe Classics He-Man, Skeletor, and Battlecat

One of my earliest toy fixations was the Masters of the Universe toys. I had nearly all the original toys, but soon moved on to Transformers and video games. When I found out Mattel was releasing a definitive collection of the original toyline, I jumped on it to snag my favorites. These have far more articulation than their 80's predecessors, but keep much of the same design charm of the old toys.

He-Man:  Really looks great. Nice, hard plastic, tons of detail, including slight shading over muscle, to really sell the idea that he truly is the "Most powerful man in the universe!". 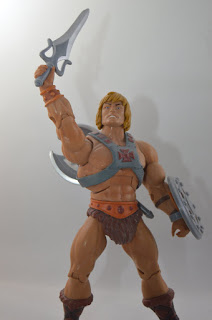 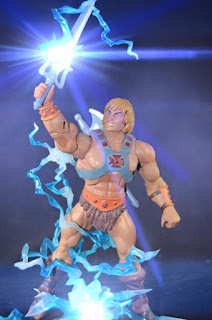 Skeletor:  Where would He-Man be without his classic foe?  This is one of my favorite figures.
Following the same overall build as He-Man, Ol' Skullface  really looks amazing with the two-toned
armor, and of course, his sorcerer's Ramstaff. Really a great design, but my particular figure suffers incredibly weak ankles, and loves to topple over.

Even so, I can't help myself but to do the silly Skeletor cackle every time I pick up the figure. 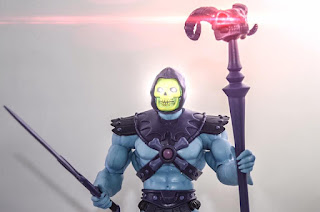 Battlecat.  He-Man's faithful companion, sidekick, and form of locomotion all in one, Battlecat is a
testament to skills of the sculptors. So many tiny details, and such raw power put into the sculpt, that he really comes across as menacing, with or without his helmet.  A huge leap above his original figure, this terrifying tiger is fully articulated. Neck, mouth, limbs, torso, tail, paws... just phenomenal. 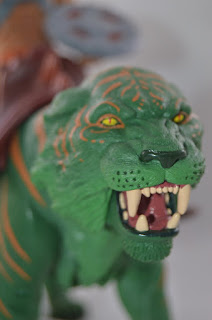 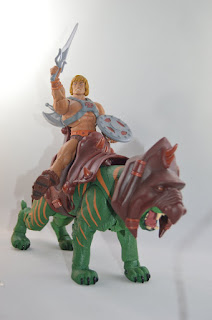