I am Goro! General of the armies of Outworld and Prince of the subterranean realm of Shokan! 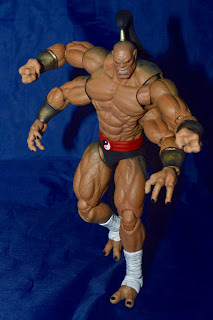 Flashback time... The year was 1992, and Street Fighter II: Champion Edition reigned supreme at arcades around the world. In October, a new franchise emerged, and on the opening attract screen was a massive, four-armed colossus. This was no mere contest for money or fame - this was Mortal Kombat!  Gamers would soon learn the four-armed beast was named Goro. Not same mindless beast, but actually the warrior prince of a race of four-armed Goliaths called the Shokan. He, along with his master Shang Tsung, were sent to Earth to weaken the dimensional fabric to allow the invasion of the sorcerer warlord Shao Kahn.

Several years ago, Storm Collectibles displayed their concept prototype for Goro at various conventions around the world. Now released out into the wilds, Goro is one of the most impressive large action figures I've ever seen.  While not the first Goro toy ever released (that honor goes to the modified GI Joe-compatible Mortal Kombat line from the mid 90's), this Goro is definitely built to impress.

Standing nearly 11" tall, Goro towers over his 1:12 scale brethren. Like other Storm Collectibles figures, Goro features tremendous articulation and immaculate sculpting sure to have even the pickiest collectors saying “Flawless Victory”. 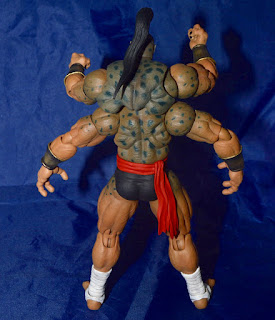 Soft rubber-like plastic on the hands, ponytail, shoulders, sash, and trunks allow a fantastic amount of flexibility with little worry for damage. The paint is applied expertly, looking very natural and almost organic. Goro looks better here than in the 1995 movie. 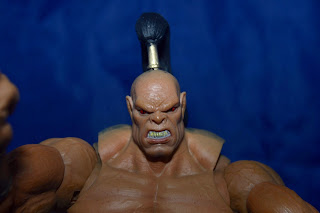 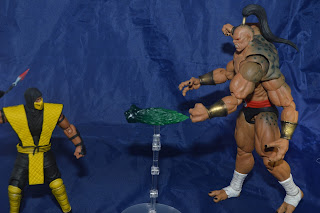 Goro includes several pairs of hands, a snarling and non-snarling face, fireballs, and a fireball stand. 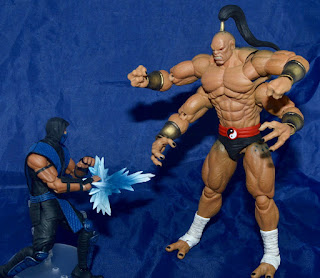 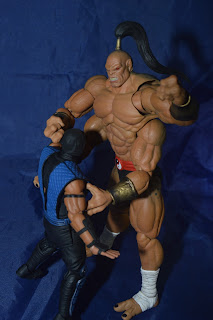 Goro includes a set of holding hands that allow him to hold opponents for a good melon crushing by
the upper arms. He also includes tighter grasping hands for holding torn off limbs or heads. Perfect for your Fatality! display. 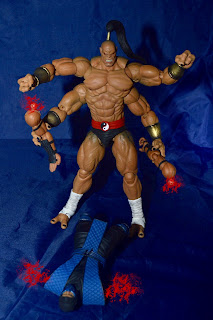 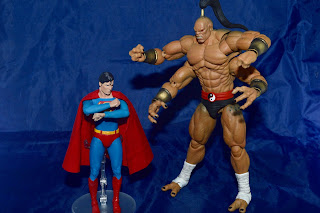 One really has to give Storm Collectibles credit for size. Next to an average 1:12 scale (7") humanoid, he's absolutely dominating! 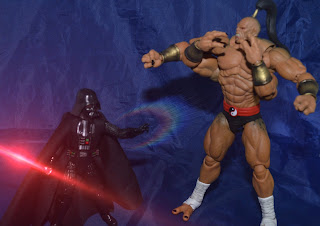 Lower arms are almost as articulated as the upper arms, missing only the butterfly joint in the shoulders. Goro can almost reach his neck. 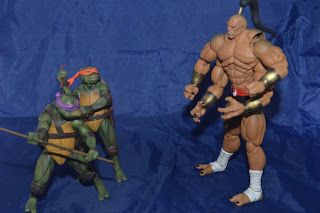 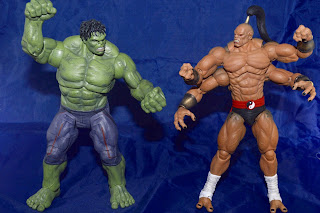 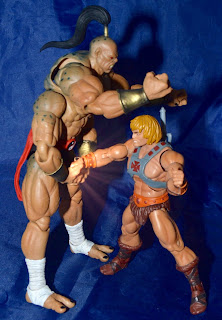 Goro: "This puny mortal will be no problem, I'll crush him in one blow."
He-Man: "Alright, let's dance!"
WHACK! 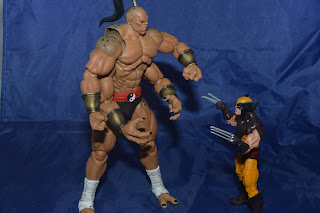 Overall, Goro is pretty fantastic.  Definitely a lot of fun for the buck. He's very posable once you isolate his center of balance, and can achieve tons of fun poses. If you are collecting the Mortal Kombat line from Storm Collectibles, obviously Goro is a no-brainer, however, even just casual action figure fans should consider this, because he is really a feat of engineering that commands attention on a shelf surrounded by 6.5 or 7" figures.