The one with the Stripe seems to be the leader... NECA Ultimate Stripe 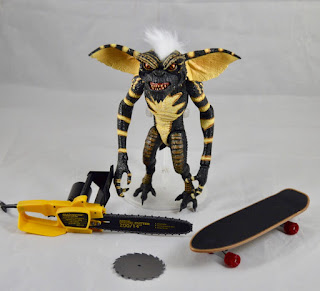 The nastiest Christmas Grinch ever (sorry, Jim Carrey) finally got his perfect figure! Stripe is here in all his punk glory! This captures his disgust with humanity, his inner rage, and sense of wanton mischief wonderfully! The mane of white "hair" is soft and somewhat able to be styled. He comes with several accessories from the movie for added shelf display options. Included are the chainsaw, sawblade, and skateboard. 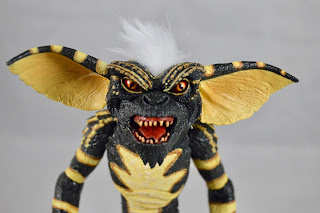 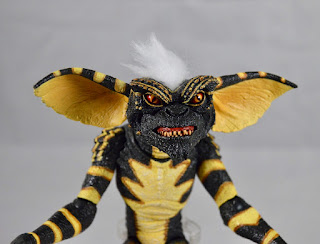 Face sculpt is different than the NECA Ultimate Gremlin. He's got his overbite, as well as lips are more snarled. He looks mad. Again, no alternative faces were provided, which is a shame. Stripe was one of the most expressive Gremlins in the movie. Besides his disgust of Billy and Gizmo, he was shown to be contemplative during poker, content at the theater, and gleeful watching the carnage unfold in Kingston Falls. Since the eyes don't move like Ultimate Gizmo, it should have been easy to make a few different faces. Oh well. Still looks amazing. 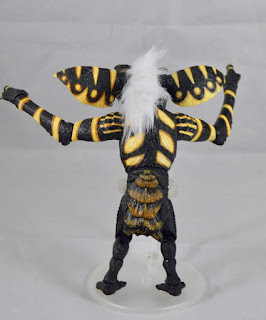 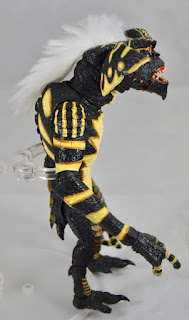 Besides the face and mohawk, Ultimate Stipe is the same body as Ultimate Gremlin. Unlike my Gremlin, however, Stripe had no issue with stiff joints. A first for me with a NECA toy. I still recommend extreme care when handling, however. He's still the same soft plastic, and the hair is  exceptionally fragile. One wrong tug is all that separates Stripe from his bald brethren. 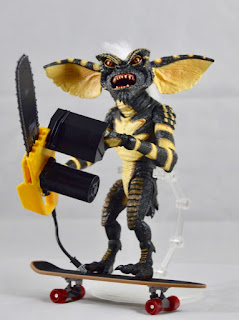 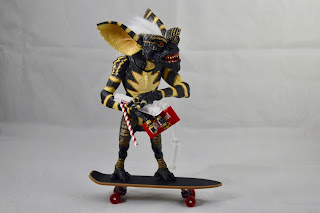 Stripe can interact with his accessories easily, as well as the accessories of other Gremlins toys and suitably scaled doll accessories. Like Gremlin, Stripe is extraordinarily top-heavy with tiny feet, so posing and balancing is difficult. A figure stand is almost a necessity if only for stability. Last thing anyone wants is their expensive soft plastic figurine to take a plunge off a shelf, taking other toys with it. 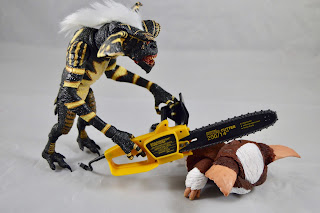 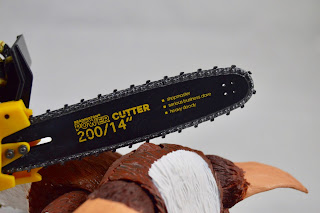 Chainsaw is insanely detailed. Looks amazing. The saw made me snicker. It's "Heavy doody" (hehehe they said 'doody'!). Stripe holds it well, and it can be a great item to help balance Stripe in a display. 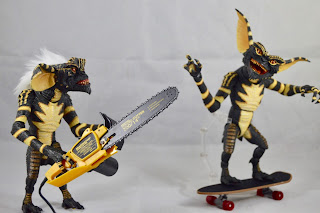 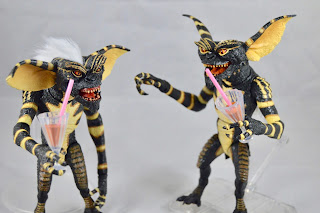 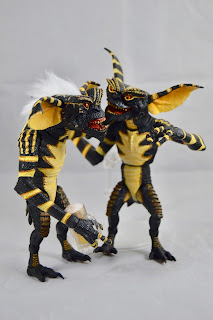 Poor Stripe had one too many. Luckily Gremlin is the designated driver of the snowplow. 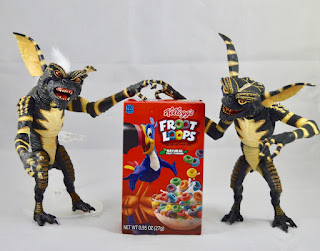 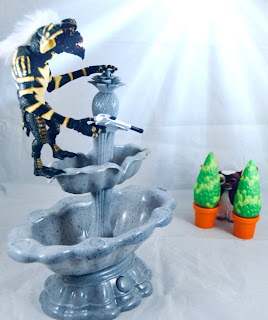 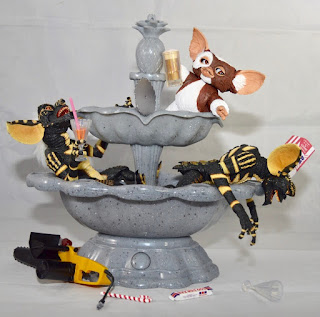 Overall, Stripe is a great finish to the basic 3 designs of the first Gremlins movie. Looks fantastic and is different enough to stand out strong against an army of Ultimate Gremlins. Definitely a great purchase. Now NECA just needs to make an in-scale Zach Galligan "Billy Peltzer".