If you want to find something weird you have to go downtown... NECA Mohawk 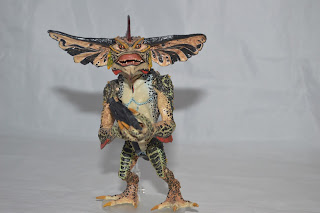 Having Gizmo and Stripe I decided to chuck away my resolve and pick up my favorite Gremlin from Gremlins 2... the reincarnation of Stripe:  Mohawk!  This guy came out a few years ago, both at a video game edition as well as the more movie accurate version seen here. Unlike the Ultimate Gremlins toys being released today, Mohawk is very light on accessories... He only includes his uzi machine gun used in both the game and the Splice of Life Genetics Lab of the film. 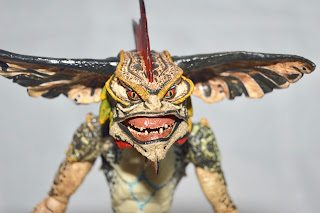 Details on the sculpt is fantastic. This has tons of color, and the paint used looks glossy and moist, just like his film counterpart. 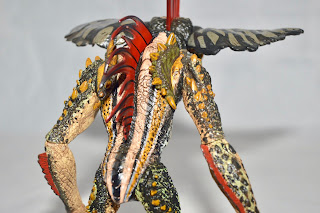 Articulation is typical. Neck, jaw, arms, shoulders, legs, knees. Ears don't seem to be articulated on this figure like the Ultimate series. Balance is horrid. He cannot stand without a generic display stand. 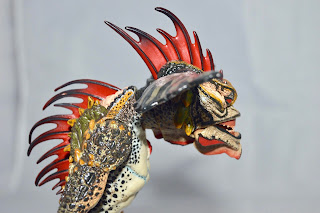 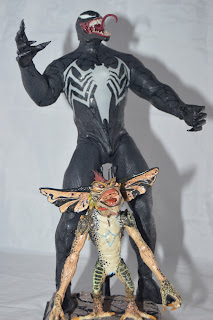 Scales really well with 1/6th scale figures, however Neca hasn't committed to a precise scale for their
Gremlins. 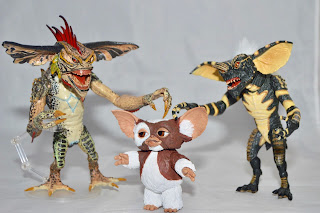 Even though it's from an older series, he scales fantastically with the new Ultimate line of Gremlins. 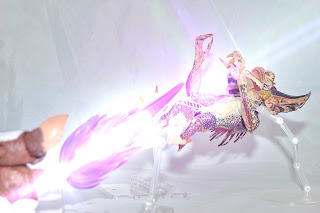 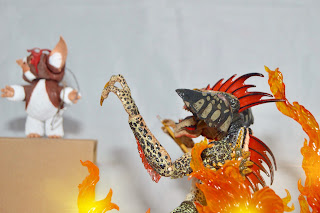 "I guess they pushed him too far!"