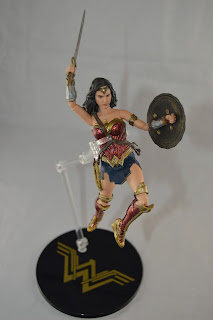 The 2017 Wonder Woman film was a lot of fun. Brought me back to when DC movies were fun. It actually reminded me a lot of the 1978 Superman film.  Also helped that Gal Gadot looked stunning throughout the film. Sadly, most of the action figures and collectibles attached to the Wonder Woman film and the various Justice League-related films really didn't do her justice. 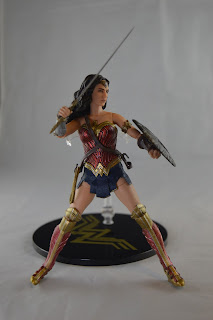 Then I saw the Mezco One:12 Wonder Woman. This figure looks phenominal. Unlike most of the other Mezco One:12 figures, Wonder Woman is mostly plastic and soft rubber-like material. She doesn't look like a kid wearing super-hero onesie pajamas. 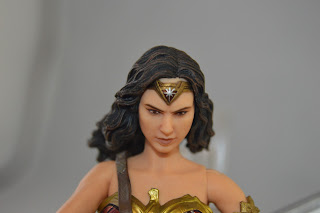 Face sculpts on this is superb, especially for such a small figure.  Watching Justice League while comparing the toy, and it's a very close match.  Still not perfect, but not a $300 Hot Toys either. 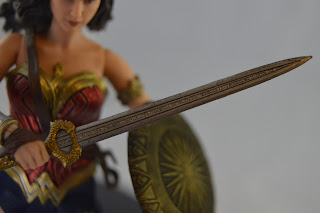 Articulation is decent, however, you cannot pose her hitting her bracelets together. Being an iconic pose, it's sad to not see it.  Accessories are plentiful. 2 lassos, sword, shield, several hands, angry face, and a display stand. Even includes a plastic baggie if you are like me and chuck the boxes.

Scale fits in well with other 6 to 7 inch figures, especially those from various movie lines. Overall, she's a fantastic figure, and looks right in place along side other classic DC heroes and the Marvel heroes as well. 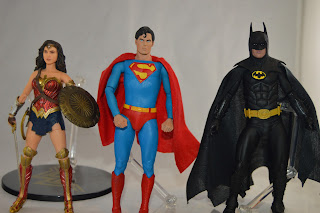 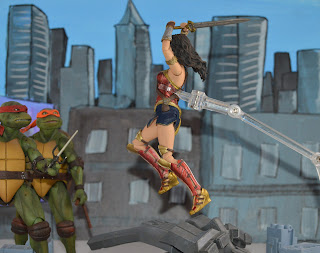