A thing of BEE-Uty... Hasbro/World of 3A Deluxe Bumblebee Premium Figure

I really loved the 2018 Bumblebee movie. It was a breath of fresh air from a stagnating series. From the G1 cartoon-style Cybertron designs to the 80's teen movie feel of the entire film, Bumblebee just hit all the right notes.  However, most of the Bumblebee toys were based on early designs, and not the finalized, cute Bumblebee of the film. 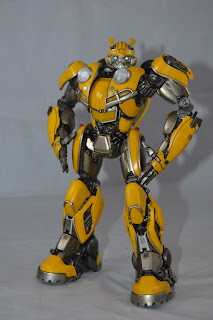 World of 3A, a premium collectibles maker, remedied this oversight. They have teamed up with Hasbro and Paramount to make collectibles based on the actual computer renders. First up is Bumblebee. At 8 inches tall, this decently sized fully articulated figure has a good amount of diecast and feels solid. Usually when I think of a "premium" figure, I think of something so fragile I don't want anyone to even look at it. This bumblebee begs for human interaction. Several options exist for head, arms, and door wings, as well as a multi-position display stand, allowing all manner of film accurate poses. 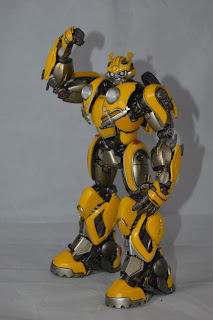 The detail work is impeccable. Splotches of dirt and oil, tiny gears and pistons, as well as more obvious parts of the character are all fully realized.  I watched the film before doing this review, and compared the figure to the screen. Everything I could see on screen was represented in the figure. 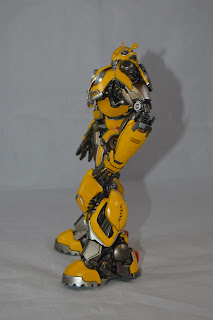 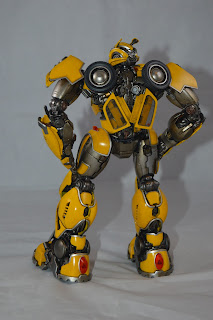 With a quick pop of some ball socket joints and a peg or two, Bumblebee is ready for action! With his warrior mask and hand cannon, Bumblebee looks fierce. The 50+ points of articulation really let the imagination fly when posing.  While too big to pose with most movie transformer toys, he looks ok on the Neca Street Diorama and paired with GI Joe scale human figures.  Hopefully someone will make a Charlie toy that scales with this figure. 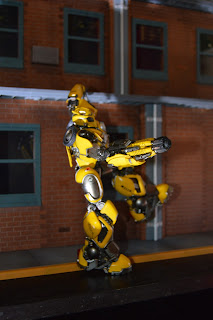 Overall, really happy with this figure.  This is easily one of the best Transformers branded figures - transforming or otherwise. The heft and weight of this figure reminds me of Fanstoys. Really looking forward to getting Blitzwing and Optimus Prime. 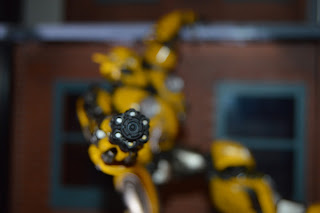 "Do you feel lucky, Decepti-punk?" 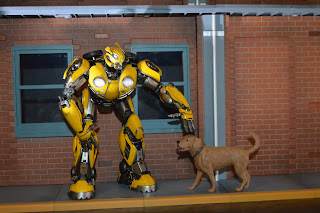 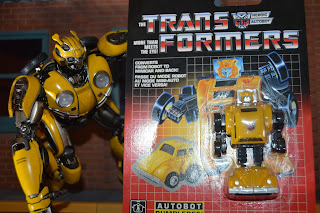 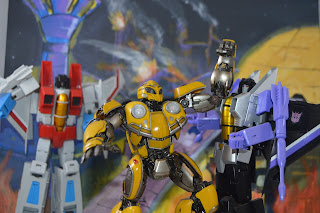 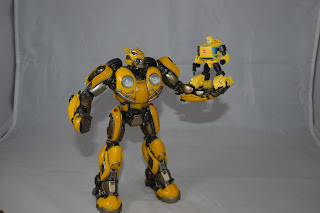 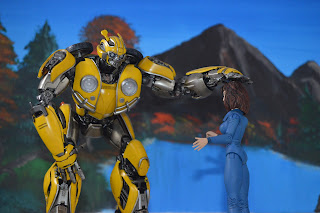 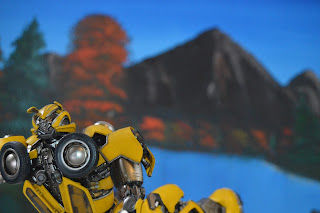 "That volcano in the distance might make a good Autobot base..." 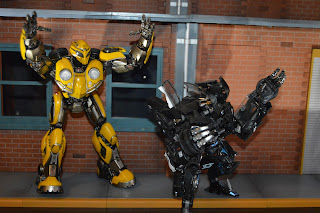