Home is where the fishbowl is. Or something. Hasbro Marvel Legends Spider-Man Far From Home set. 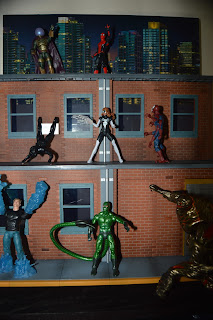 Got to spend a brief amount of time with these, courtesy of the folks at Megalopolis. I'm quite curious how the movie will tackle the post Avengers:Endgame world,  and the action figures really don't spoil anything.  These are a solid wave of Marvel figures.  It's got some classics, some modern, and does all of them justice, for the most part. My only major complaint with this wave is the lack of accessories to enhance interactions with the toys. No weblines, mystical bolts, or other effects. Maybe a spare hand or two, but little else. 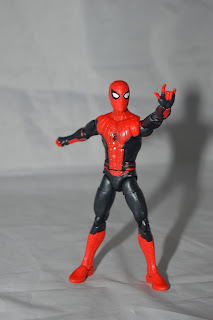 The titular character finds himself in a slightly new suit. Red and black, with a white spider on the back, this is your typical Marvel Legends Spider-Man figure. Articulation is excellent, and it's a great figure if you don't already have a billion other Marvel Legend Spider-Man figures. 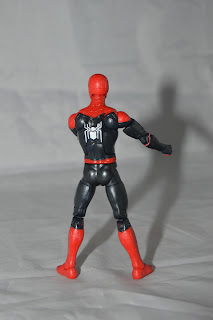 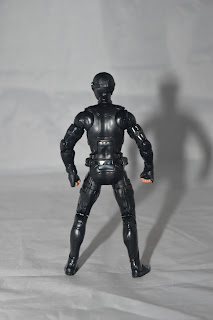 Not the usual "Black suit" when you think of Spider-Man, this almost military-style suit really looks out of place among all the spandex-clad super-persons.  While I'm certain the movie will make it clear, the toy just looks odd. Nothing about it, except the name on the box, says "I'm a Spider-Man toy!" It does, however, have typical Spider-Man toy articulation. Also has the most accessories of the set, with an alternate head and hands to choose from. Despite it's odd looks, I think this will be a big seller, particularly among customizers. This has potential to become all sorts of black-ops characters and ninja troops. 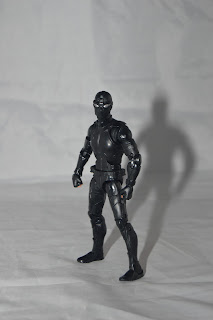 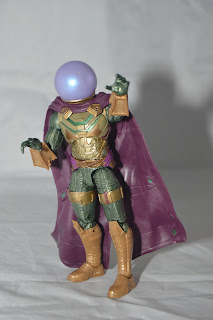 My personal favorite of the set. They really went all out for Old Fish-Dome.  Really nice gold paint, an almost metallic green, and a pearl painted top really gives Orb-Head the look of figure lines several times the MSRP of these guys. Again, unfortunately no "magic spells" for this guy like the previously released comics version. 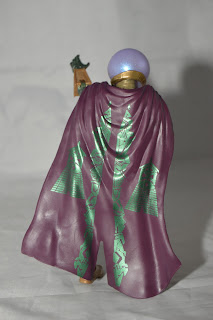 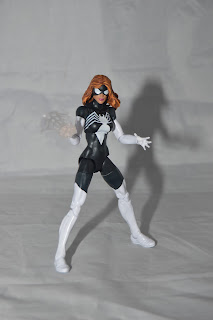 Other than very slight sculpt changes, there really isn't much different about this Spider-Woman than previous versions. She has an interchangeable right hand that can either be a regular hand or projecting one of her psionic webs. Highlights in her hair are very thick and unnatural. She's not one of my favorites of this wave. 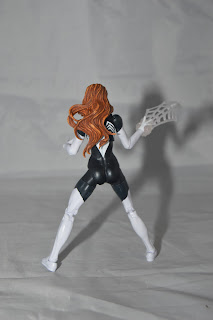 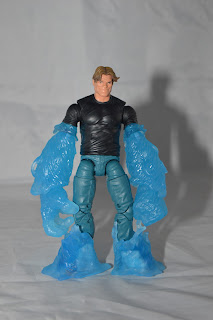 Great effects pieces. His arms are molded as water blasts, but his legs are actually press-on effects. Actually looks decent. However, he can barely stand. He's so top heavy, that he continuously collapses. Only his water effect hands keep him barely out of the final place spot. 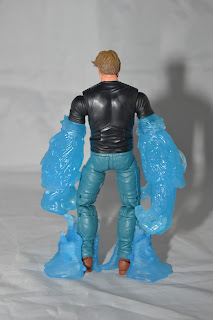 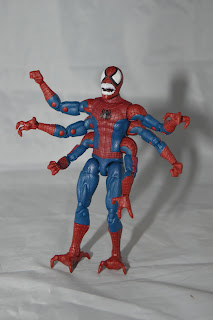 This guy brings back fond childhood memories. He was the "pet" of Carnage's love, Shriek, during the Maximum Carnage fiasco. A warped magically-created being that shot out barbed wire webbing. No webbing, or any accessories, for this guy. Nope. But man, does he got a set of chompers!  Using a retool of the mutate Spider-Man, this guy has slightly more limited articulation, but makes up for it with an absolutely ghoulish look. Really is surprise. 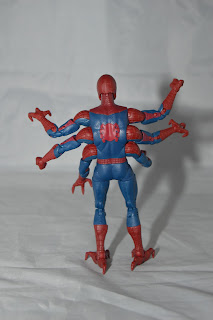 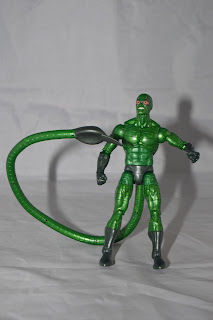 Now THAT is a tail! Mac Gargan in his original Scorpion costume. As silly as it is, it is definitely a classic look. A posing wire runs through the tail, allowing it to be posed in all manner of lethal ways. Really is well done, without any extra details. 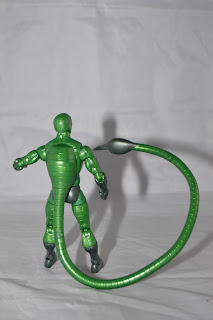 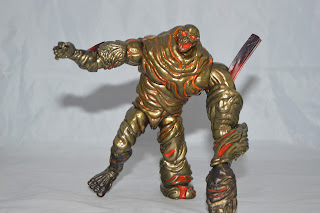 Really not sure what to make out of this guy. I'm not sure whether to flee in absolute terror or remind people to flush when they are done.  I guess he could be seen as made of hot metal, but I'm not quite sure. He's big. Paint apps are pretty good. Gold is rich without too much bleed over into the molten parts. 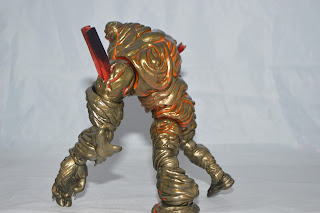 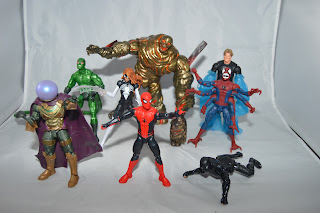