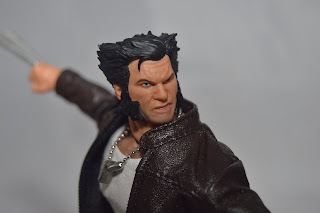 There is a reason his code-name is Wolverine. Logan, the loner mutant from Canada with a temper as short as his stature and claws as sharp as his senses, is well known in the Marvel world as someone you never want to tick off. Smashing his last cigar or invading the X-Mansion with a paramilitary strike force will probably earn you an audience with St. Peter. 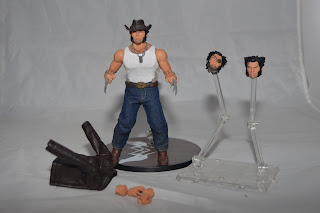 Mezco has captured Logan's feral, western look from the comics perfectly. All that's missing is his beat-up old motorcycle. Logan comes with several heads- one with a cowboy hat, one with an eyepatch from his days as a bartender in Madripoor- and several hand variations for a multitude of posing options. Also comes with a display stand for the obligatory "Fastball special". 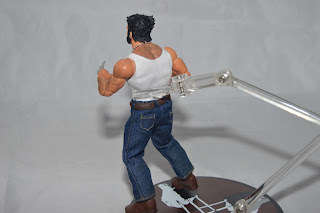 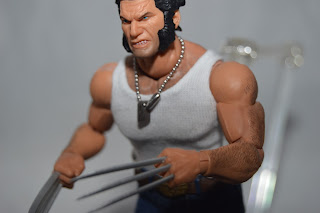 Paint and clothing are topnotch. Detail is exquisite from the boots to the belt buckle. Logan's back, chest, and arms are covered with finely detailed hairs. They really hit all the marks.  The face sculpt is classic '90s comics Logan, not the far more handsome Hugh Jackman version. 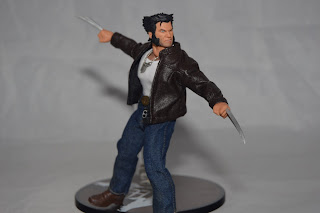 Articulation is classic action figure, but poses look really smooth with or without the jacket on. The clothing lays rather natural on him, not bunching like many cloth outfits on figures. Swapping heads and hands are easy, but the claws are really pointy, so be careful.  In case the $80 MSRP wasn't the first clue, this really isn't a toy for kids. 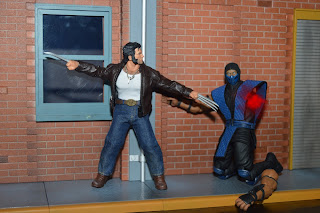 That being said, this is definitely a guilty pleasure figure for adult collectors. He looks great charging into all manner of other 1:12 scale figures. 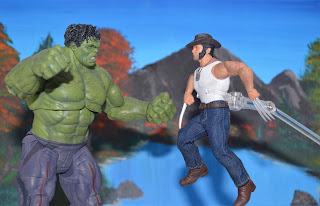 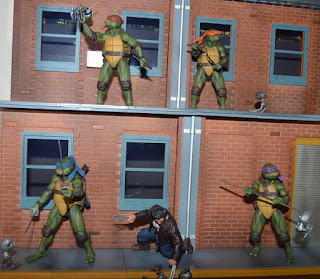 A rare sight to see in nature... the loner Wolverine has been seen
joining a group of Turtles to prey upon mousers. 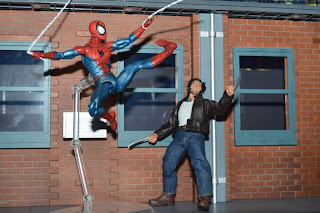 "Short, mad, and smelly... you must be Wolverine!
I can see why you aren't called Strawberry Shortcake!" 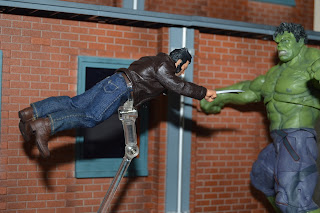 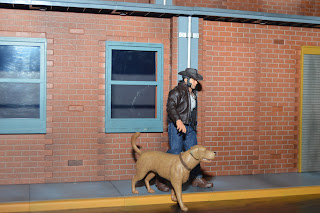 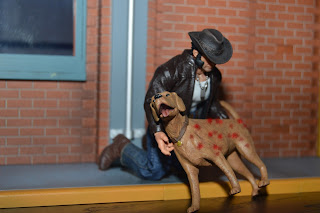 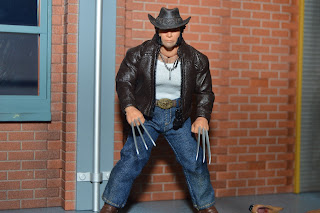