By the Hoary Hosts of Hoggoth! Figuarts Doctor Strange

I never was a fan of Doctor Strange while I was growing up. It wasn't until Benedict Cumberbatch was attached to the role that I even decided to give the film a chance. Cumberbatch's portrayal was fantastic. Can't say how comic book accurate it is, or not, but I've become a fan of the dry sarcasm of the Sorcerer Supreme. 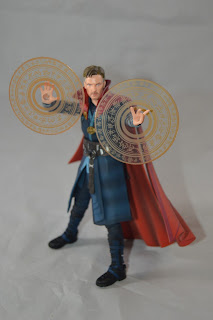 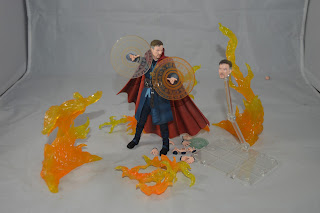 When the mass-released action figures of the Doctor Strange movie were released, I was rather disappointed in the figures. None really looked much, at all, like the actor. When I saw the Figuarts version, I had to snag it. He's got tons of accessories. Mystical Auras, various hands, and a Tamashii Nation fire effect.  Yes, I realize the fire effect has nothing to do with Doctor Strange's character, but it's great to have with other figures. 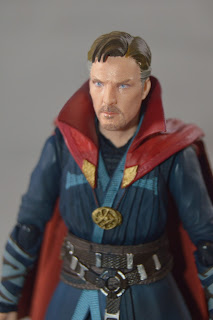 The likeness to Cumberbatch is very close. The figure's quality is typical of Figuarts. The cape is three pieces of plastic that are somewhat posable. His robes are a soft plastic that doesn't really get in the way of most poses. 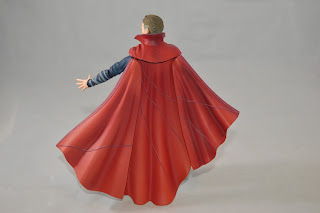 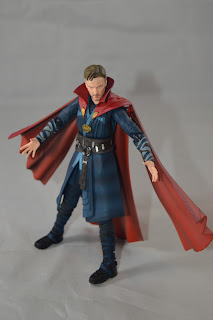 The splitting of the cape is my only fault with the character. Some poses just look bad and full of gaps. The cape is removable, so if you have a good hand at making accessories, you could make your own soft cape. 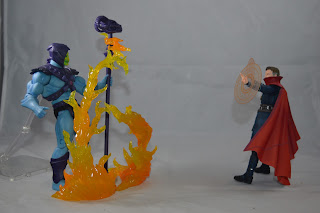 He scales ok with other 6" figures, but he seems rather small.  Still, to have figure with this much detail is really remarkable. Every stitch, rune, and texture from the movie is recreated here.
Overall, he's a great figure to add to a collection. He looks the part, and really is a great piece. 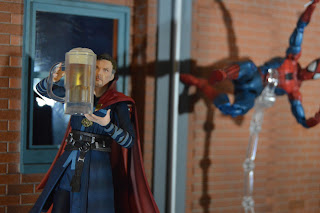 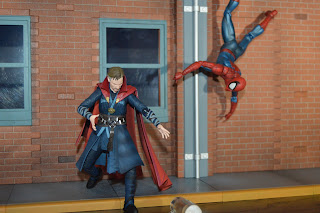 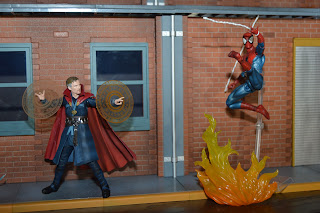 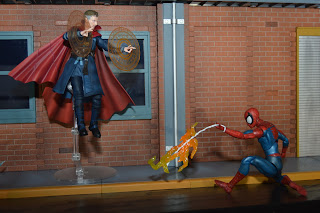 "Asgardian Ale! I had Thor sneak it past customs! That was the last of it!" 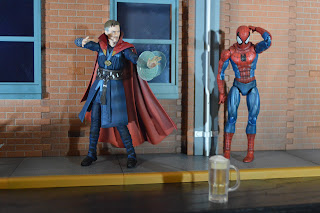