A Mishmash of Mezco Madness!

Decided my Wonder Woman needed some friends, so I picked up her Dark Knight compatriot, and he had to have the last laugh and invited a clown. The clown was to the left of me, Daredevil to the right... now here I am, stuck in the middle with Punisher. Mezco figures are just fun! 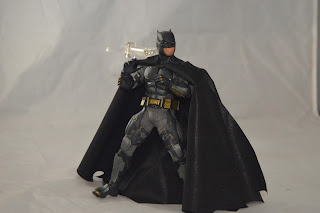 "Tactical Suit Batman", known to the fandom as Batfleck, from the Justice League movie, is probably my favorite Batman from Mezco. My favorite, at least, until they make the 1989 version. This looks like armor, not pajamas. Even more impressive is the heft. He's got a nice, solid feel. TONS of accessories. Batarangs, smoke pellets, alien laser guns, Batman's patented grappling gun, and more.  Only thing missing is Alfred. 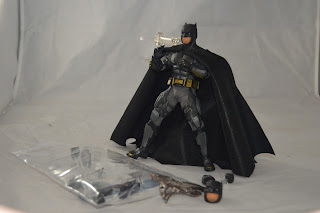 Following Batman is the Clown Prince of Crime, The Joker. A modern take on the villain, this guy has elements from many sources. He looks very dangerous. Face sculpt on him is what sold me. He has a grin that is large, but not demonic. He's a thin fellow, but full of menace. He really looks like he could torture the good folks of Gotham. 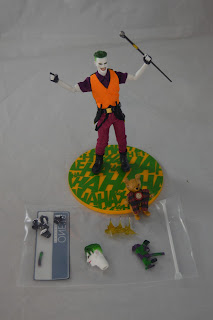 Joker has tons of accessories as well. The best is his Teddy Bomb. For some reason, this really spoke to me and was one of the elements of the figure I really wanted. His alternate head sculpt is good, but I wish the expression was different, so it could be used better as a "getting beat up" face. 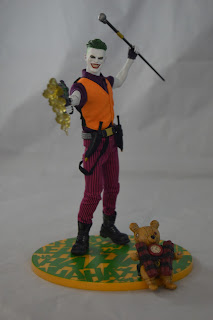 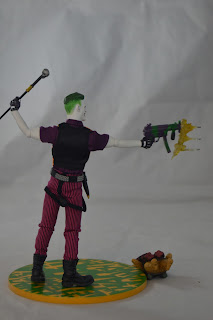 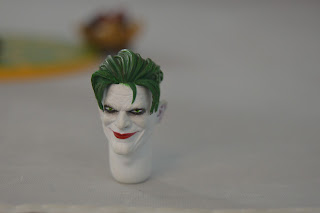 Really liked the Netflix Punisher character. They really did a good job of making him the insane, obsessive character from the comics, but grounded in a depressing realism. His loss of family, PTSD, and fragile psyche combined really made a man you could feel sorry for, without really cheering for. Mezco captured that character perfectly. Jon Bernthal's likeness is very well done, and he's got a worn, tortured look to his face. 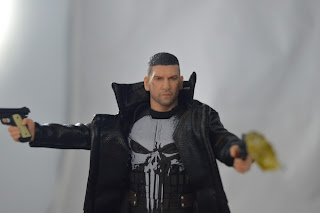 While not as accessorized as some of the others, he's got what matters. Two pistols, firing effects, a knife, gattling gun, and a trenchcoat are all Frank Castle really needs for his one man war on crime. 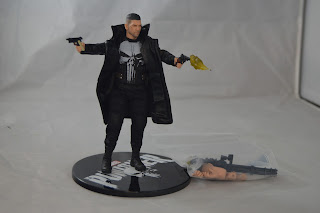 Like the Netflix show, Frank has a face that is almost as beaten as the criminals he's punishing. Just really well done. 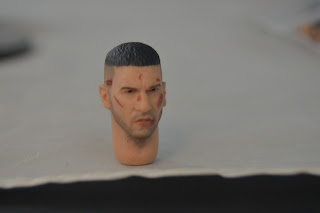 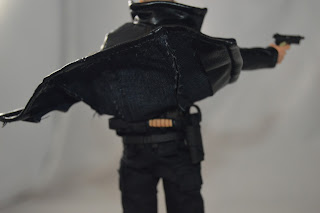 His knife fits into his waist sheath behind his trenchcoat. Just really a nice detail for the figure.

Not wanting Frank to be without his origin buddy, I added Matt Murdock, attorney for Hell's Kitchen. Known to his neighbors as The Devil, Netflix's Daredevil is sadly the "worst" of the Mezco. Accessories are really limited. He's got his sticks, an alternate masked head, and hands. He really needed an unmasked head, considering he spent 99% of the show unmasked. Otherwise he's another solid looking figure. His sticks can be stored in his leg sheaths or combined into a staff. 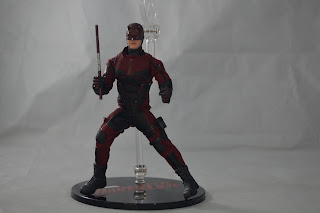 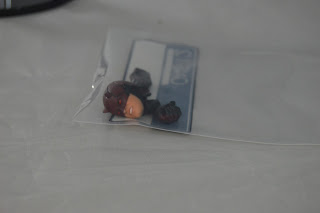 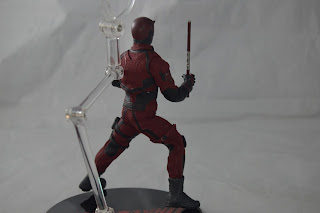 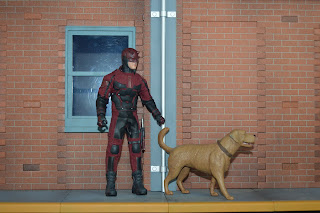 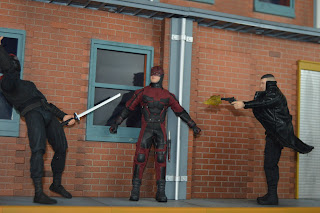 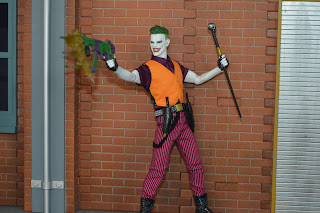 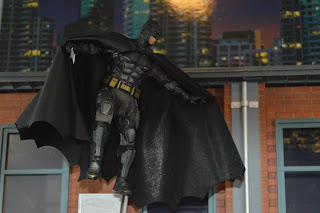 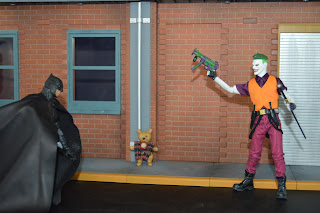 "Hiya, Guano-Man! You're just in time to see me bring down the house!" 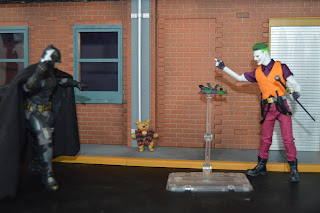 "OW! Hey! Can't you come up with a new punchline?" 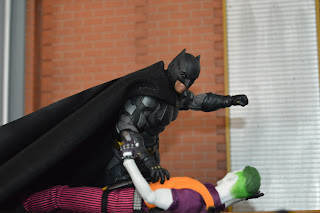 "Really Bats? We need a new dance! This tango is getting old. Every try dabbing?" 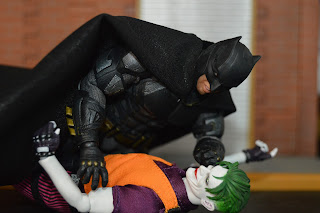 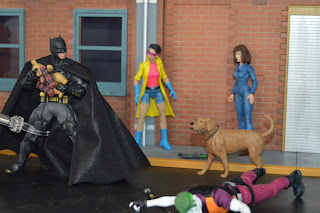 "Some days you just can't get rid of a bomb"