You still fight for the weak! That is why you lose! MPM08 Megatron! 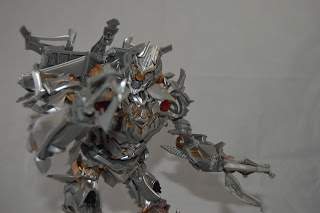 Ok, let's start this review off right. I enjoyed the Bay movies. They aren't perfect, but they didn't destroy the memory of my childhood. If you fall under the category of disagreeing with me, it's best you select a different review to read.

Still there? Yay!  MPM08 is hands down the best physical representation of a movie Megatron. This guy is gorgeous. Very meticulously detailed. If it weren't for the backpack, you'd never know this transforms. Personally, I don't plan to ever transform him, so this review is only of the robot mode. 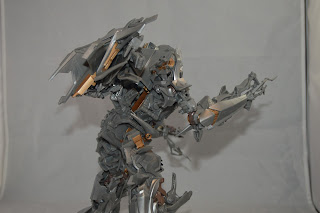 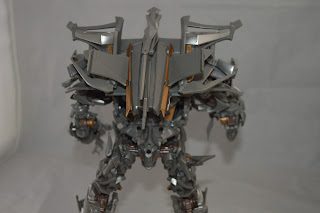 His accessories are few, but really good. He comes with his fusion canon that can change from a single arm pistol to the elongated sniper canon. He also comes with his flail chain, which can attach to either the hand or the fusion cannon. Both store on jet mode or robot mode via pegs on the back. 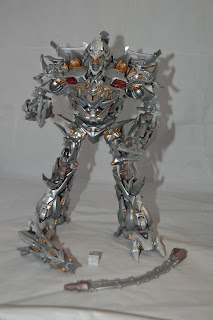 His final accessory is a mixed bag. A mini AllSpark cube. This fits in a slot on his chest to mimic the final scene of the movie climax.  I have no problem with the mechanics of the gimmick, just the unpainted red plastic of the chest. It really should have been painted black or gunmetal, with the clear red only in the middle where the melting is molded. I might paint mine. Haven't decided yet. 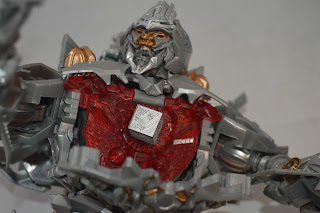 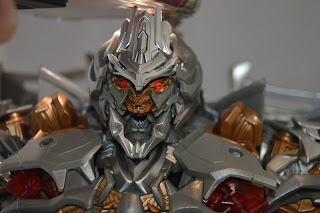 Light piping, my old enemy, has returned! I haven't removed the head yet to take it apart and paint over the light piping. I definitely will, however. 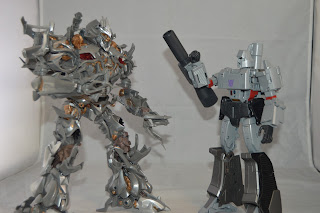 Megatron looks great sized up to almost anything. At nearly 12" tall, he's a really intimidating figure. 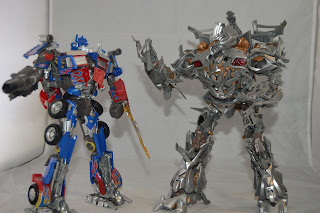 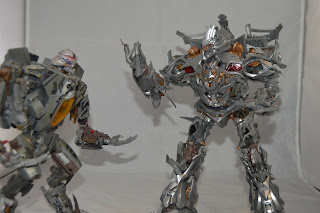 "You failed me yet again, Starscream!" 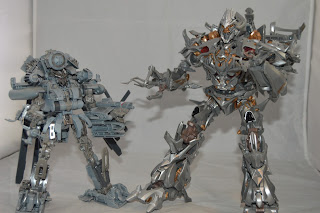 "What do you mean they are out of Chunky Monkey?" 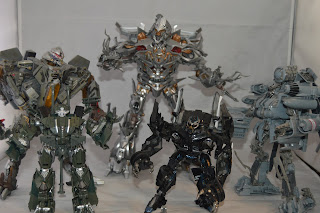 Megatron is huge, but is a great match for MPM04. He will pair well with MPM09 coming out in November. Jazz separates at the waist and has a spine attachment so you can pose him in the fatality scene from 2007's movie.