Saw a few shots of people who had made their own 1/6 scale characters, and decided to make my own, using various stuff found among the world wide web.

Created Nanya, a multiverse-dispersed elf trapped in the modern Earth's USA. The displacement, a side effect of the technology used by a secret society trying to rule humanity through their technology's global warming, opened several wormholes in space, time, and the multiverse.  Nanya was your typical sylvan wood elf, until a portal opened and sucked her into the middle of Yankee stadium.  She couldn't find her way back, so she now prowls the urban landscape, hunting the displaced who would prey upon the unknowing New Yorkers.  Since being a magical being sticks out, even in New York City,  she has adopted local wear and uses magic to disguise her ears while working as a bartender to hear the latest rumors to keep tabs on the secret society. During the human's winter holiday celebrations, she uses her magic to part-time as an Elf on the Shelf... a job she finds demeaning but the pay is good. She loves homemade baked goods.

Named “Nanya” coz several times, with no air flow, or anyone nearby, she’s leapt off the shelf and either tried to sneak away, Solid Snake-style or hide. She’s also launched arrows at other toys and humans at weird times. When I found her hiding on the floor, her head was turned in such a way to say “You are wondering why I’m hiding here? Well, none-ya-business!” 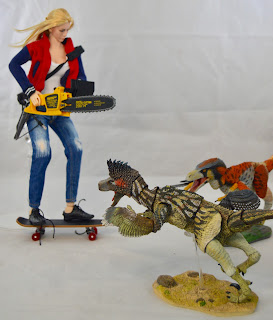 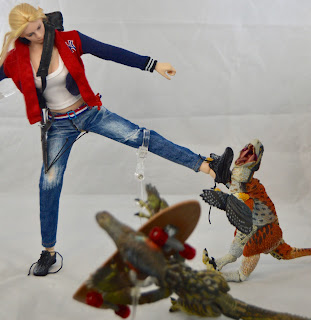 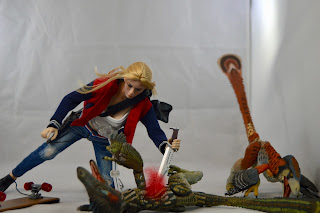 No wussy Orcrist or Lothlorien bows for Nanya... she uses the Rambo special! 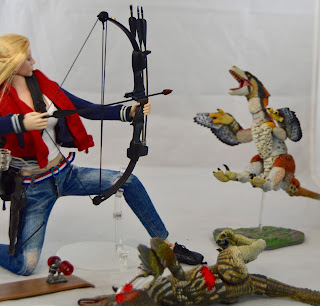 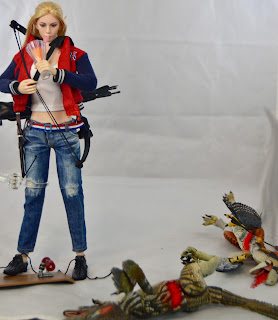 Nanya has developed a sweet tooth for human desserts, especially after a workout.

Venom attempts to eat Nanya's pizza... He's about to learn
of a new form of heartburn! 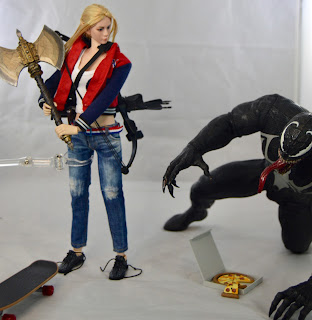 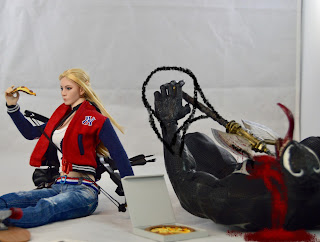 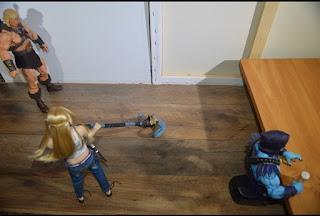 When not hunting raptors or evil, she tends bar at "The Collectibles Bar and Grill" 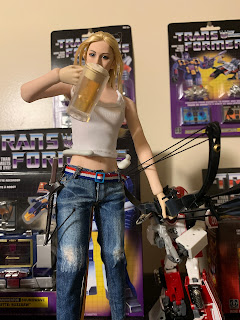