The granddaddy of the fighter genre of video games, Street Fighter has ruled the gaming scene since the 1990's. Even after all these decades, there hasn't been really great figures based on the characters until Storm Collectibles came along. They started with the more recent Street Fighter V versions of the characters, but now have gone on to do the more classic versions. 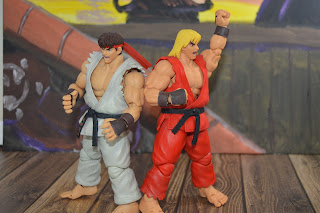 First up are the poster-children for the Street Fighter franchise, Ryu and his friend/rival Ken Masters.  These are technically recolored versions of Evil Ryu and Violent Ken from earlier in the year, but they look fantastic. Their shirts and chests are soft plastic, with a hard plastic frame underneath to achieve the poses from the games. 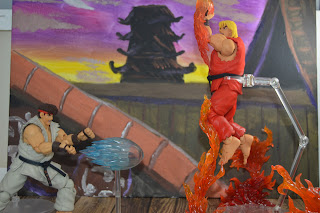 They come with a range of options, from various hand poses, heads, fireballs with stands, and a flaming fist for Ken for the Fierce Punch version of the Shoryuken punch. This flame effect looks good paired with the Tamashii Effects fire. 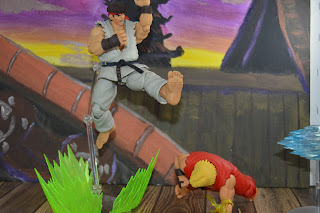 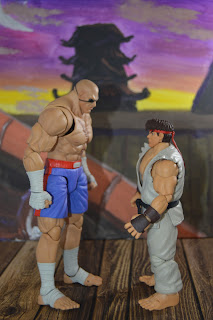 Sagat, the final boss of the original Street Fighter game, is finally an imposing scale compared to his rival, Ryu. Similar in size to Storm Collectibles Goro, Sagat is a brute. Like Ken and Ryu, he comes with an assortment of heads and hands. Because of his large size, balance is more of an issue than with his smaller rivals. 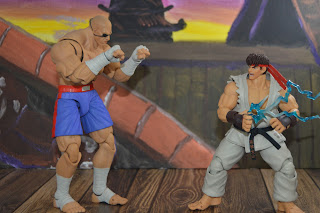 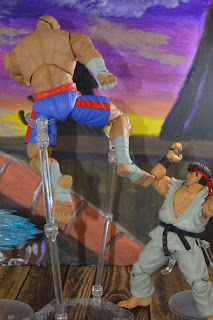 Because of the limitations in articulation, Sagat cannot copy every frame of the games, however he comes very close to the Tiger Knee and Tiger Uppercut. 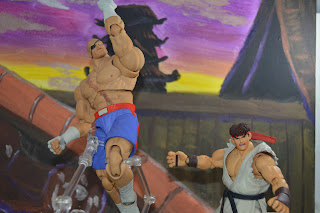 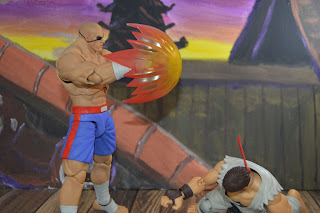 Sagat also includes his Tigershot attack, which clips over his fists or onto the included stand. 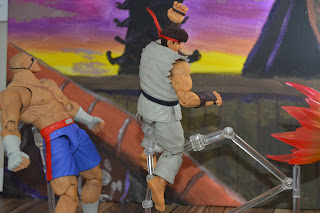 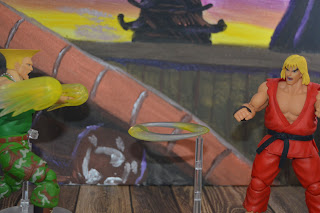 Guile is similar to Ken and Ryu as far as overall feel. He includes fists, faces, and effect pieces for his fists as well as the Sonic Boom projectile with stand.  He also has a Somersault Kick effect but no way to flip Guile upside-down is included. Final accessories are his dogtags and aluminum comb for his victory pose. 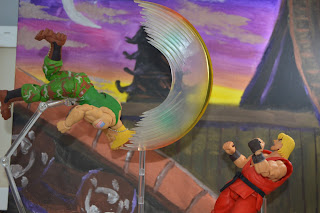 My biggest issue with Guile is his head refuses to stay connected to his neck. While posing the above picture, his head repeatedly fell off. 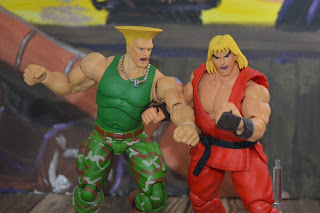 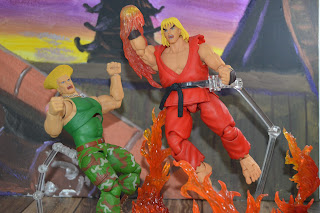 For fans of the games, these guys are great. They pose well, Look like the HD-Remix art, and are probably the best collectibles of the characters.