These two have got better things to do today than die... OpenPlay Big Spring (Springer) & Fanstoys Jabber (Blurr)

Recently I've picked up a few hole-fillers from the 1986 animated movie, Springer and Blurr.  Not particularly my favorites, but got pretty good deals and the odds of selling out were high.  These guys are sticking to robot modes in my collection, so pictures and review are for robot mode as well.

Springer is a major player in the movie as well as the third season. A triple changer, Springer has a futuristic sportscar and helicopter mode as well as his robot. 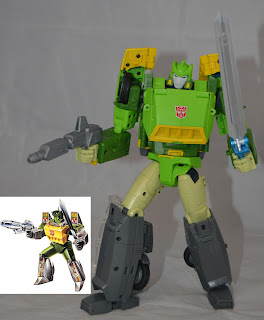 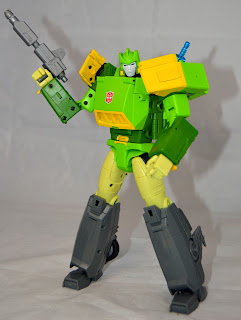 Big Spring is the rare case of something not being too good to be true. He's a very affordable third party that has a really nice quality about it. The design is solid, the plastic quality is decent, and he's
easily a sharp looker on the shelf. 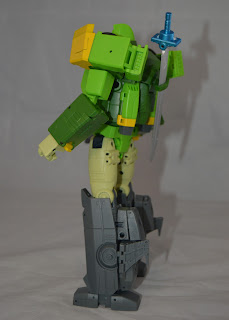 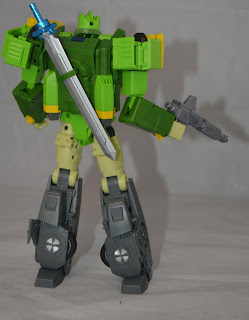 Blurr is also a movie/third season character, but mainly a side character. Known as a fast talker and a speedster, Blurr's blinding speed confuses both friends and foes.  Fanstoys Jabber is confusing for a different reason. He photographs blue, but the "dark blue" is actually a shade of purple. I tried different filters and lighting, but it always comes out blue. 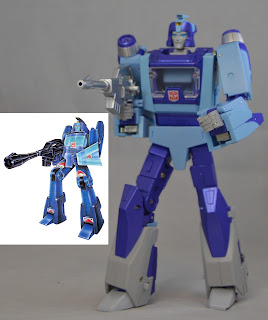 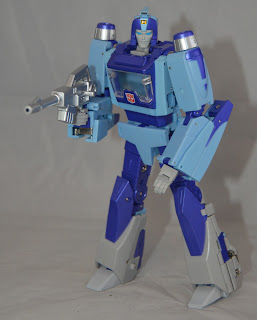 Robot mode is nice and clean. His neck refuses to stay tabbed in, but it's not too distracting. He comes with two rifles and a companion robot that turns into a blaster as well. Chest glass can be clear or solid bluish white. I switched out for the clear to better match my other Transformer figures. 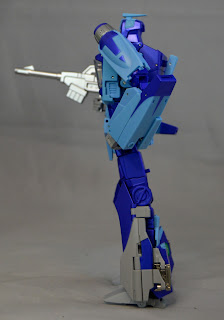 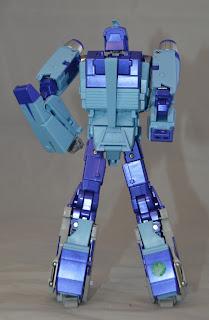 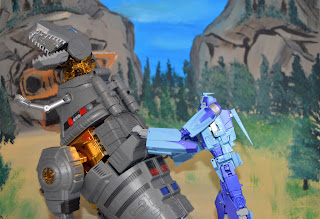 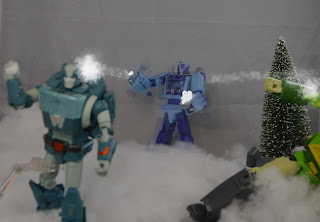 Blurr's speed makes him a natural winner at snowball fights! 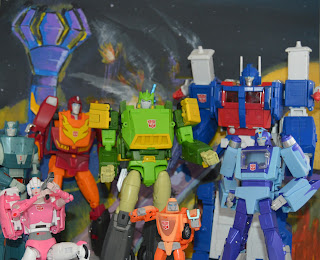