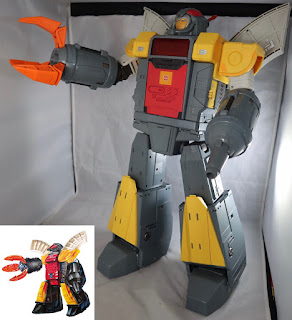 One of the largest Transformers was introduced in the second season of the G1 cartoon.  Omega Supreme, one of the few non-Takara toys Hasbro used to pad the Transformers forces, is an immense guardian of the Autobot headquarters, and doubles as a mobile command center complete with tank, track, and a space-faring Apollo-style rocket.  While Hasbro eventually made a modern version of the character for their Siege line, it was up to the third party companies to make a Masterpiece version. And make them they did! Fanstoys, Weijiang, and DX9 all stood up to bat.  For me, DX9's Gabriel hit the home run! This review is of the robot mode only, as I've no interest in the base mode. 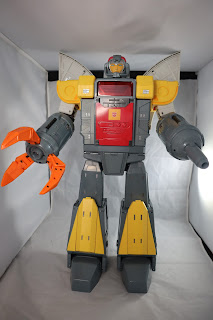 This guy is HUGE. Yes, absolutely huge. He's 22.5 inches tall and about 19lbs. He's easily the biggest figure I've ever attempted to review. The Jurassic Park Legacy Brachiosaurus is taller, but is just thin, shampoo bottle plastic and weighs about a pound. 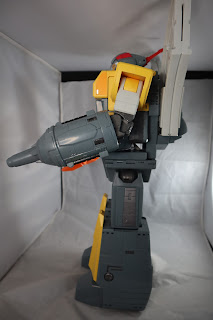 He's got a TON of molded and painted details. Pistons, gears, panels, and coils are lightly accented, giving him a layered, lifelike look. His weighted feet keep him stable, and the insanely strong ratchets in his legs, feet, hips and arms mean that any pose you are able to get him into, he'll stay. This guy will build muscles if you are the type to switch up poses frequently. 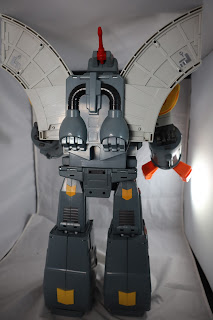 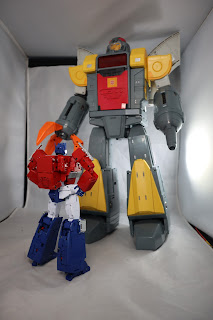 He scales perfectly with other masterpiece figures, depending on the episode you are using as reference. Overall, I think it looks great with both the modern, ultra-toon Masterpiece figures like MP44 as well as the earlier detailed Masterpieces like mp13 Soundwave.  In the cartoon, Omega's large size afforded him extra attention from the animators, so the additional details on Gabriel don't look out of place. 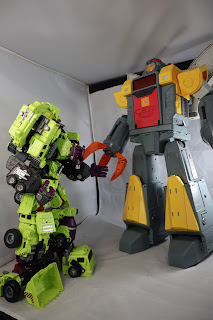 The toughest call is which Devastator to pose him with. I have the KO of Generation Toys Gravity Builder. He seems to scale pretty well. Owners of ToyWorld's Constructor seem to like that match-up as well, so either can be used to recreate their titanic rivalry. 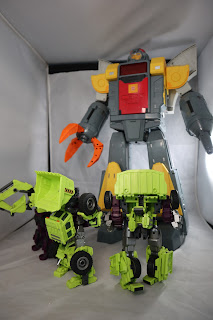 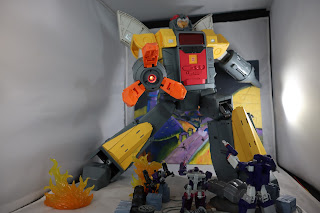 For those wanting to recreate other scenes, such as Siege box art or opening season two animation, Legends scale robots can be used perfectly. Unfortunately, Gabriel is so large, I don't have a painted background big enough! He came preinstalled with batteries for his canons, so Decepticons don't stand a chance! 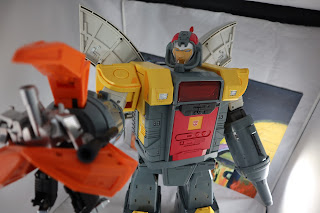 While technically the ratchets in Gabriel's arm are strong enough to hold MP36 Megatron, I'm insanely nervous that Megatron's soft paint won't hold up in his grip, so DX9's mini Mightron gets to face... The Claw!  Ooooooooooooo! (give yourself bonus internet points if you get the reference!)

In closing, this guy is a definite must in a Transformers collection. He's just an epic mountain of plastic.